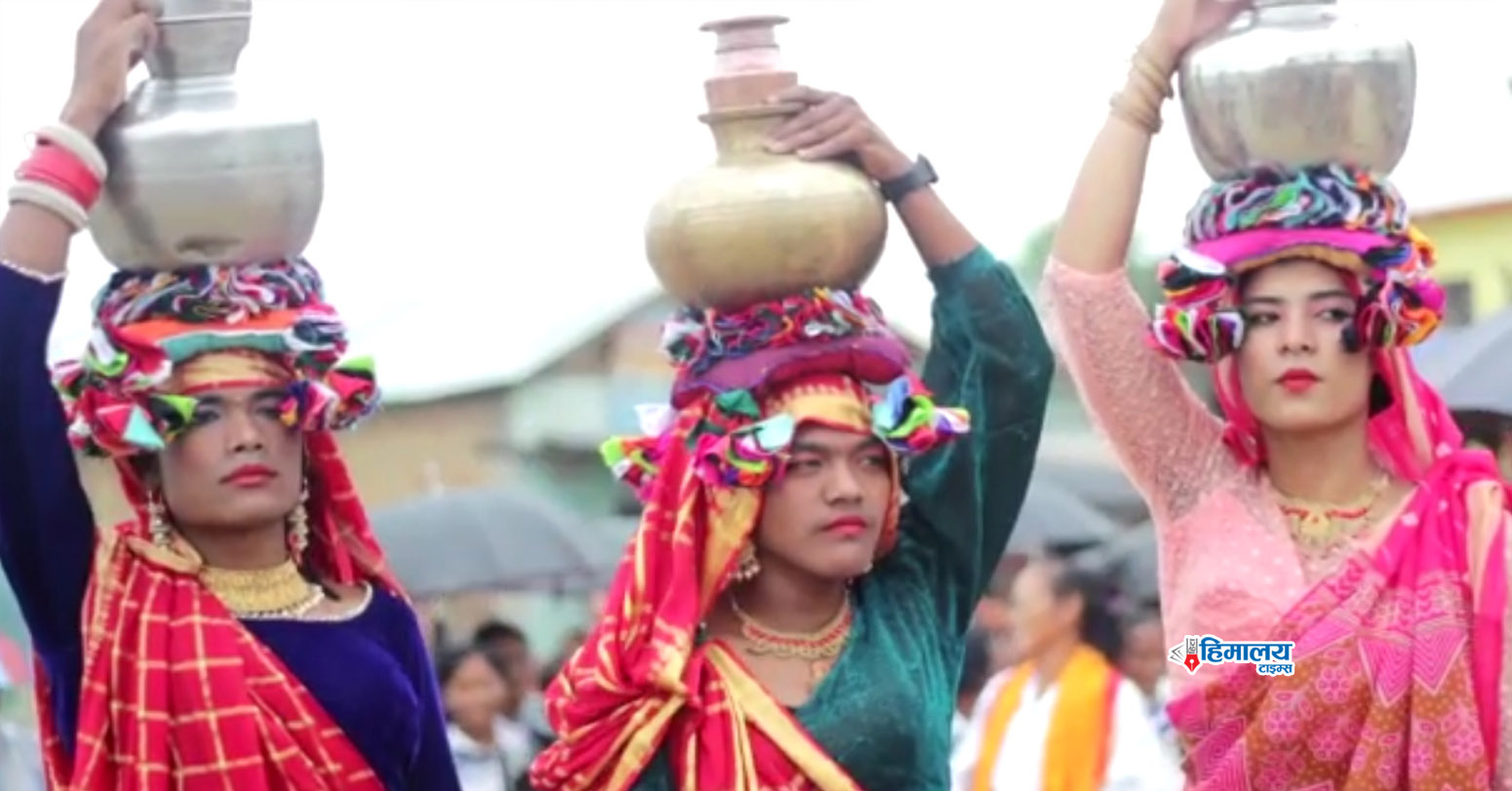 Youths of Tulsipur are now in their preparation to perform lunge dance in villages in view of Maghi, the special festival of indigenous Tharu community.

Shyam Chaudhary Tharu, has been performing Tharu dance clad in a special attire with kasaudi, bhoti and agiya. He said they became active to preserve their traditionally-practiced and performed Tharu special dance as it was gradually disappearing.

Likewise, young girls have also formed their group to continue to perform Tharu dance, shared Ashmita Chaudhary of the same area. "Only elderly people used to show different forms of dance in the past", she shared, adding, "Now we are also getting active for cultural performance which is the identity marker of the Tharu community".

Tulsipur has 127 Tharu communities, who have come up with activism to preserve their cultural vibes.