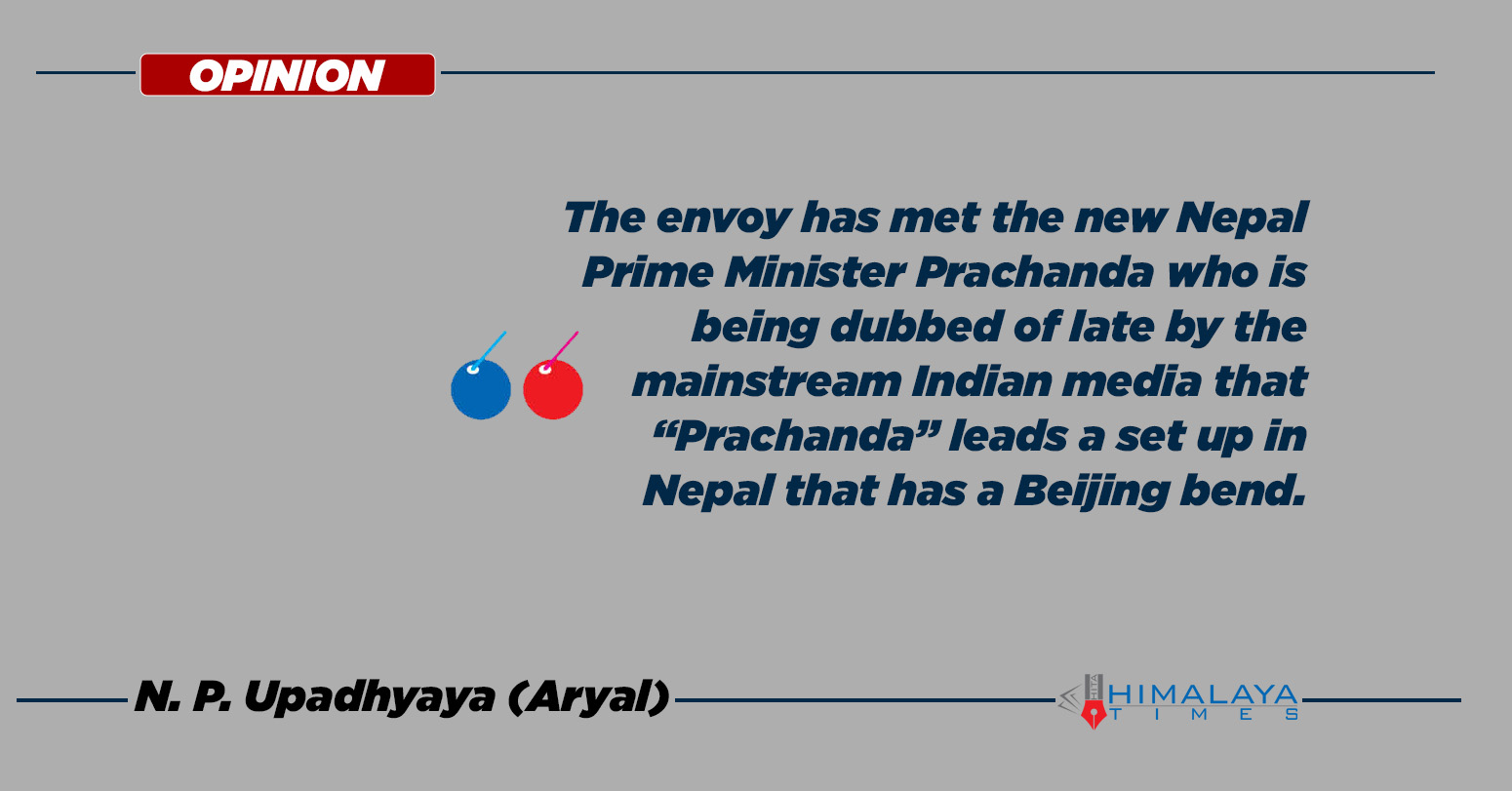 During the meeting held at the Office of the Prime Minister and Council of Ministers, the two dignitaries are learnt to have touched upon issues relating to bilateral relations, mutual interests and matters of common concerns, according to the Prime Minister’s Office in Kathmandu.

On the occasion, the German envoy congratulated PM Dahal on his assumption of the post of the Prime Minister of Nepal and wished him a successful stint.

Top recall, the German envoy Dr. Prinz is on record to have said last year in December, 2022, that “China was behind spreading fake news against MCC Compact”-the US project in Nepal, reports The Nepal Live Today dated December 3, 2022.

This was not all. More is yet to come.

Nepal Live Today further writes that Dr. Prinz had also told the media gathering last December that “a lot of journalists in Kathmandu are paid from China for printing news formulated in Beijing”.
“I remember the campaign against MCC last year. There were a lot of fake news reports. It was even written that MCC coming to Nepal was a kind of American occupation and that soldiers would come here to Nepal and Nepal would lose its independence”.

Warning the Nepali journalists, the German envoy said that “journalism in Nepal is also under threat of fake news”.

As if his sharp comments were not enough, Dr. Prinz went on even to say that “a lot of journalists in Nepal are paid by the outsiders for the purpose. “There are a lot of journalists here who are directly paid from your big neighbor, printing news which is formulated in Beijing”.

Having said so, the envoy has met the new Nepal Prime Minister Prachanda who is being dubbed of late by the mainstream Indian media that “Prachanda” leads a set up in Nepal that has a Beijing bend.

IN addition, Prachanda was elevated to the post of Nepal Prime Minister with the tacit help of Nepal’s former Prime Minister K. P. Sharma Oli whom the Indian media also takes as a declared Beijing hand.

However, Nepali media sources here claim that both Prachanda and Oli are recognized as Indian hands.

The confusion is thus who is whose man?

Hopefully, the German envoy has met the Nepal Prime Minister Dahal who has openly said that “neither I am pro-India nor Pro-China”.

Be that as it may, Prachanda during his Maoists People’s War that lasted for over a decade was hibernating in India and had reportedly enjoyed Indian government’s protection.