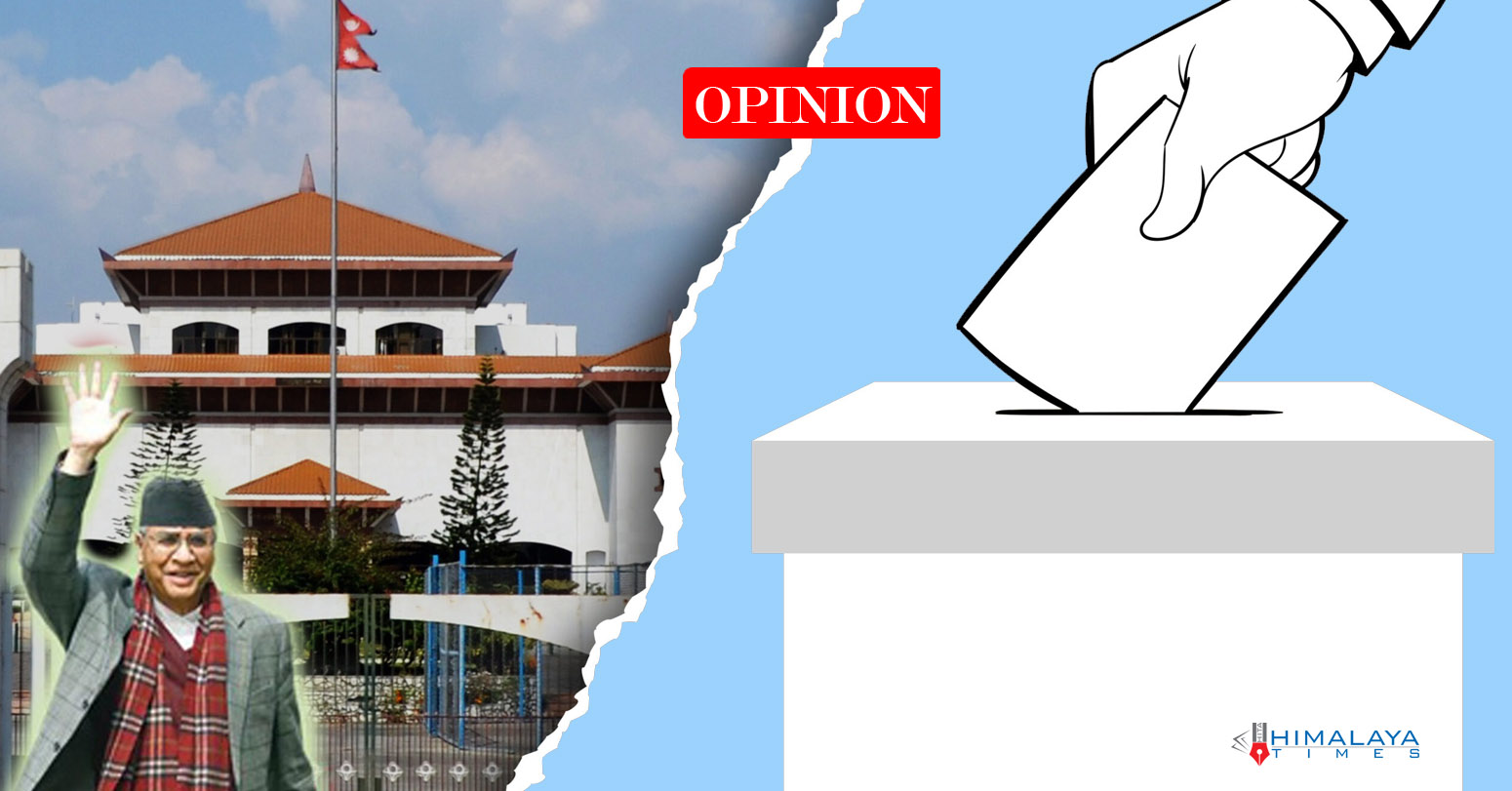 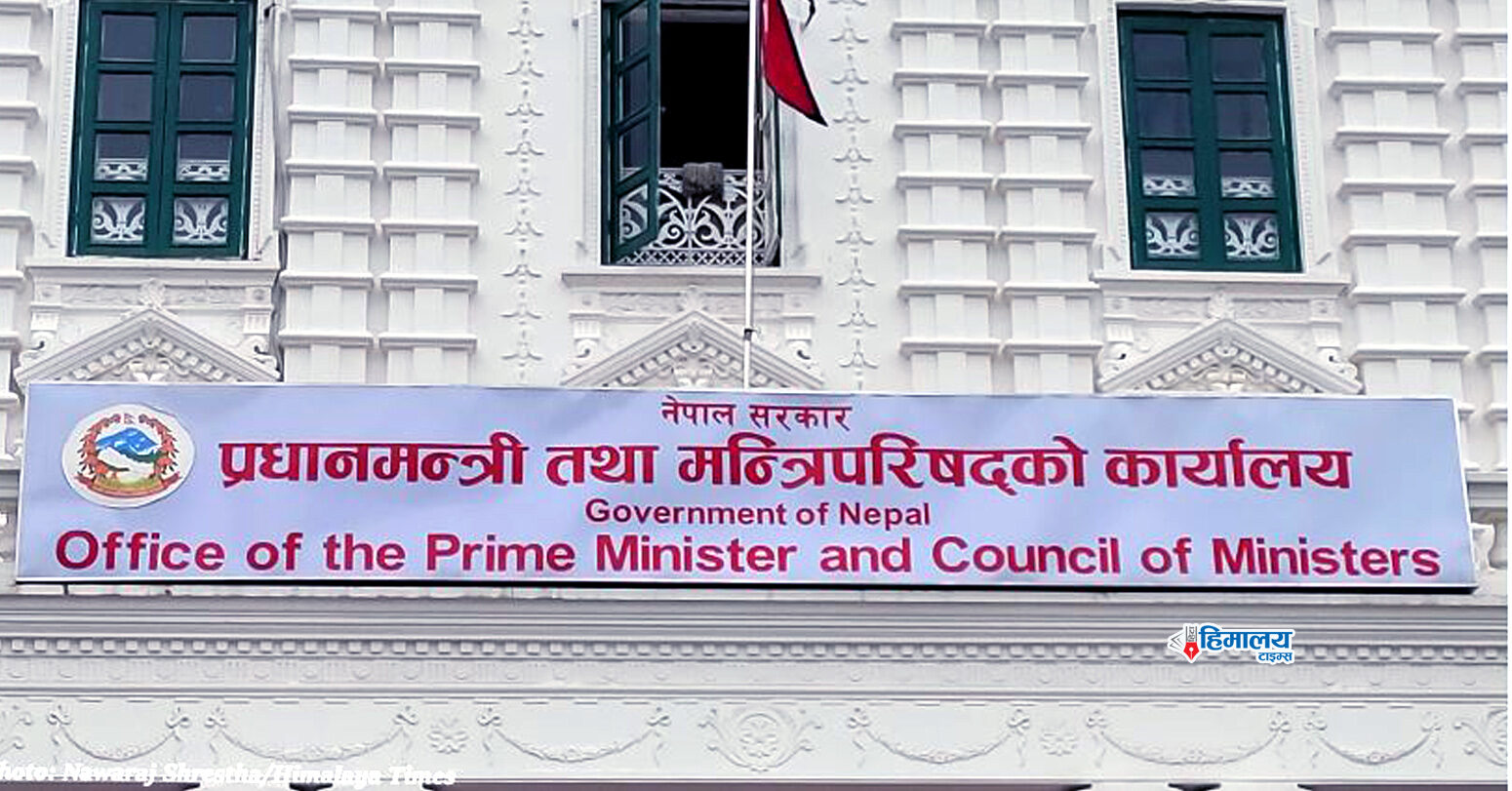 The dramatic twist in the making of Maoist Centre's Chairman Pushpa Kamal Dahal a new Prime Minister with the support mainly by the CPN UML was no less thrilling than the final match of recent World Cup. As the largest political party in the parliament from the recent elections of the House of Representative and Province Assembly, the NC's leadership was expected much by many, but the obduracy to grab both significant posts- of President and of Prime Minister- led to NC's debacle.

It is natural that criticisms and blames are pouring in against NC's leadership now. How the NC is running and who are dominating the decision making level in this party is again a matter of serious debate and discussion. With the party having largest seats in the House of Representatives- 89, the NC was expected to form the government keeping intact the same coalition it had during the election, in which CPN (Maoist Centre) was a key partner. The Maoist Centre got 32 seats. But, reasoning unexpected low seat of the CPN Maoist Centre, a section within the NC belittled and discouraged it to claim the Prime Ministerial post. The Maoist Centre however continued its stand that its Chairman Dahal and NC President Deuba had agreement before the election that Dahal would be new PM after election.

Interestingly, NC President Deuba who warned the party leaders and cadres to not speak anything negative to its alliance parties and leaders repeatedly before election was liberal to give PM post to the Maoist Centre and hold President post to the party. But, the coterie that functioned as the layer to discourage and distance same party leaders from him encouraged President Deuba to the extent that the NC finally lost the posts of President, PM, Chief Ministers, ministers and many more. Now, media are writing who actually encouraged NC President Deuba to stick to the stand of retaining both posts of PM and President. The news analyses abound from various angle on this dramatic development in country's politics.

In the final hours of the last day of a week's time given by PresidentBidya Devi Bhandari for the parties to stake claim for PM post, the NC said no PM post to Dahal. Dejected, Maoist Centre Chairman Dahal, who was, however, continuously in conversation with CPN UML Chairman KP Sharma Oli, went to the latter's fold and became able to collect the support of a total 169 lawmakers from the parties as CPN UML (78), RastrityaSwatantra Party (20), RastriyaPrajatantra Party (14), Janata Samajbadi Party (12), Janamat Party (6), NagarikUnmukti Party (4), independent 3 and his own party (32). The same day, on December 25, Dahal reached the President with the support of these lawmakers and got appointed as PM. It is the third time he became the PM. He took the oath of office on Monday, December 26.

The NC, Maoist Centre and CPN (Unified Socialist) had repeatedly said the coalition would remain for long- even for 15 years! But, they failed to keep intact the alliance. Although NC is the largest democratic party, present development evidently exposes its arrogance after being the first party (89 seats in HoR), dearth of collective decision making, selfish coterie culture, deification of leaders, craving for populist visibility, sclerotic leadership and politics of negation are plaguing this party. Time will reveal which leaders and advisors to the party leadership contributed much to these ill practices in NC. It was worrying that why the General Secretaries- GaganThapa and Bishwo Prakash Sharma, who had also got victory in the election- did not involve in the collective decision making in the party and rather loved to bethe leaders of many people out of the party and attended the Literature Festival in Pokhara. Which task- the attendance to outside event or engaging in substantive discussion in the party and coalition- had to be priority at this critical hour? To what extent do they own up the responsibility to the present loss? Where are the General Secretaries in the party leadership? These questions are asked to them by their voters and well-wishers. Mere allegation to the party President Deuba at this fiasco also reflects General Secretaries' weakness and irresponsibility.

With this, it is fairly safe to say that NC is in dire need of fostering democracy within the party. Once the collective decision is ignored, the fiasco is unavoidable. The sclerotic leadership is devastating. If NC wants to retain its voters' faith and confidence, it has no option but to correct itself. The meeting to be held in future must make serious evaluation of the party leadership and leaders' roles. Let's see how creatively and constructively the NC plays the role of opposition in the parliaments. Its role is key to correct the government as well.

Truth about increased development and famine

Aged people are the solutions, not the problem