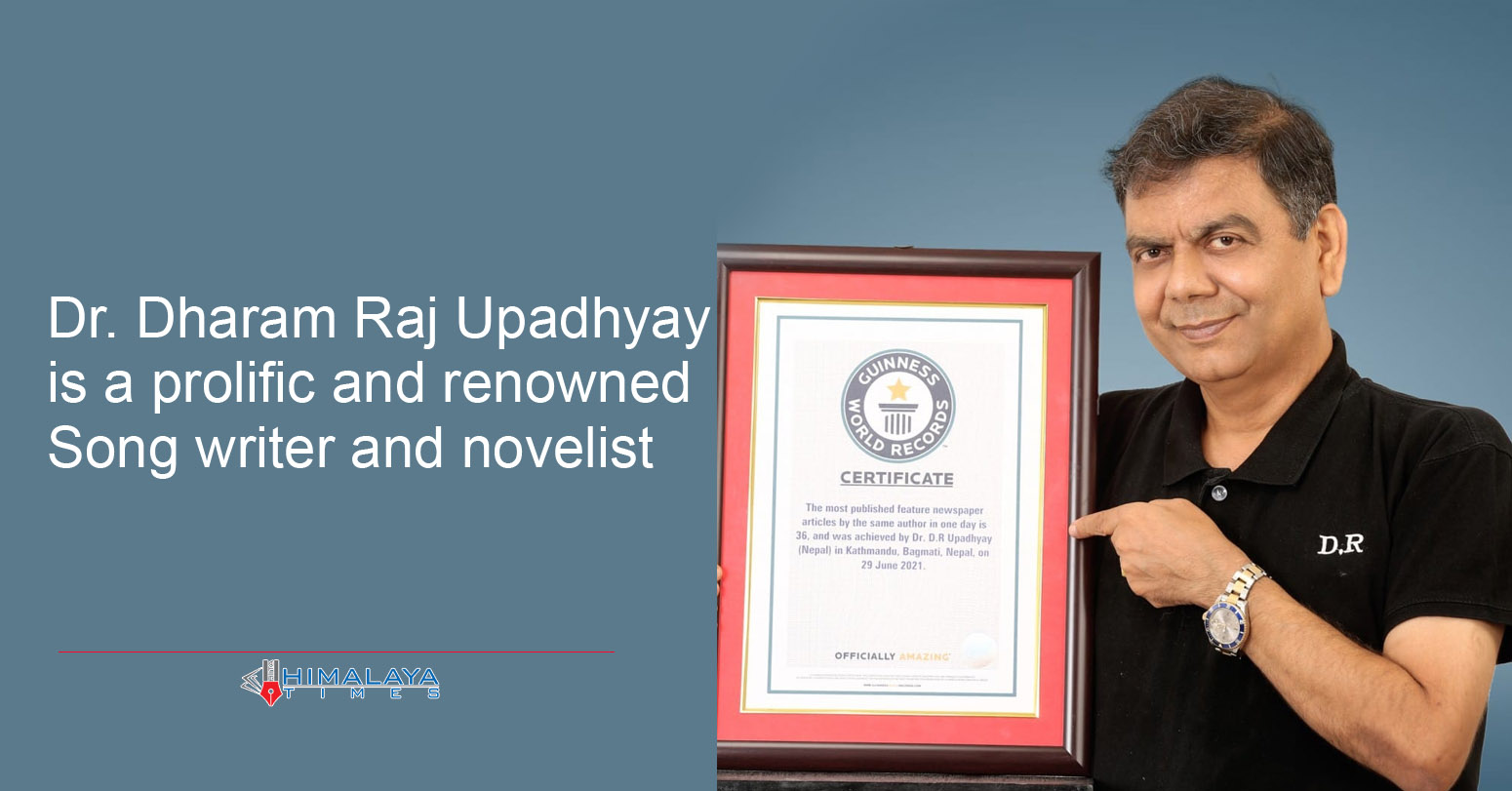 Dr. Dharam Raj Upadhyay is an acclaimed lyricist and novelist. He has set numbers of world records, that includes releasing 6 music albums (36 Songs) on the same day, nonstop lyrical description of 102 songs, recording of a song with 25 musicians performing first verse of 25 distinct songs among many others. He has received 132 world records that made him the highest world record holder from Nepal .Guinness among many popular world record organizations have honored him with Certificates of Achievements.

Dharam Raj Upadhyay was born on 1962,  as the youngest son to Mr. Shiva Prasad Upadhyay and mother Umadevi Khanal Upadhyay. Originally from Birgunj, he moved to Kathmandu for higher education .From an early age, he had a passion for writing songs and poems. He used to compose various poems and songs and show them to his family and his friends. After receiving praise and encouragement from everyone, he began to move forward in the realm of art and literature.

He tries to bring freshness into poetry, hence reflected  in his work. His compositions and works also include positive thoughts that can inspire many. Upadhyay being engrossed in the flourishing of Nepali art and literature, has been making continuous efforts to push it to the international level.