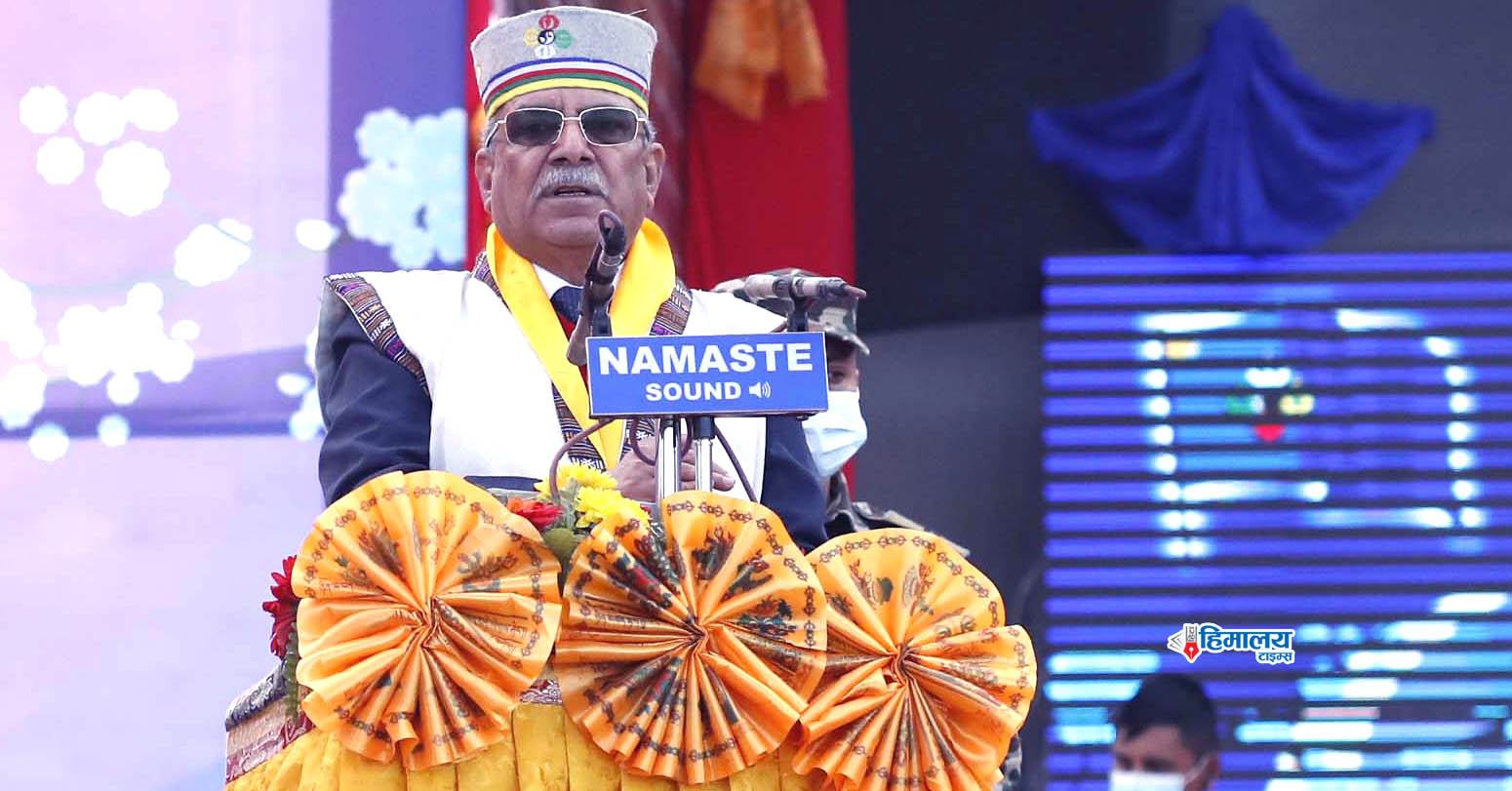 Addressing the Sonam Lhosar Ceremony marking the 2859th Tamang Lhosar Festival in the federal capital today, he observed that Nepal's art, culture and civilization has its uniqueness and characteristics which is in the risked by foreign culture.

PM Dahal said,"Lhosar is not only the festival of the Tamang community. This is celebrated in the national and international levels. There are many festivals as such that carry historic and scientific significance. But, many cultures of the country are disappearing due to apathy of the feudal system in the past. Human civilization is also dying. On the other hand, the western culture is also replacing national culture of Nepal. In this context, my view is that the state should promote all these national cultures."

Stating that Nepal is a confluence of major civilizations from the east, west, north and south, PM Dahal said all the castes and ethnic communities living in Nepal have their own traditions, customs and culture, and the combined and integrated form of all these cultures is the Nepal's national culture.

Not only in Nepal, Lhosar is celebrated in countries having Mongol and Chinese civilization like China, Mongolia, Japan, South Korea, Laos, Thailand, Vietnam, Taiwan, Malaysia, and Singapore.