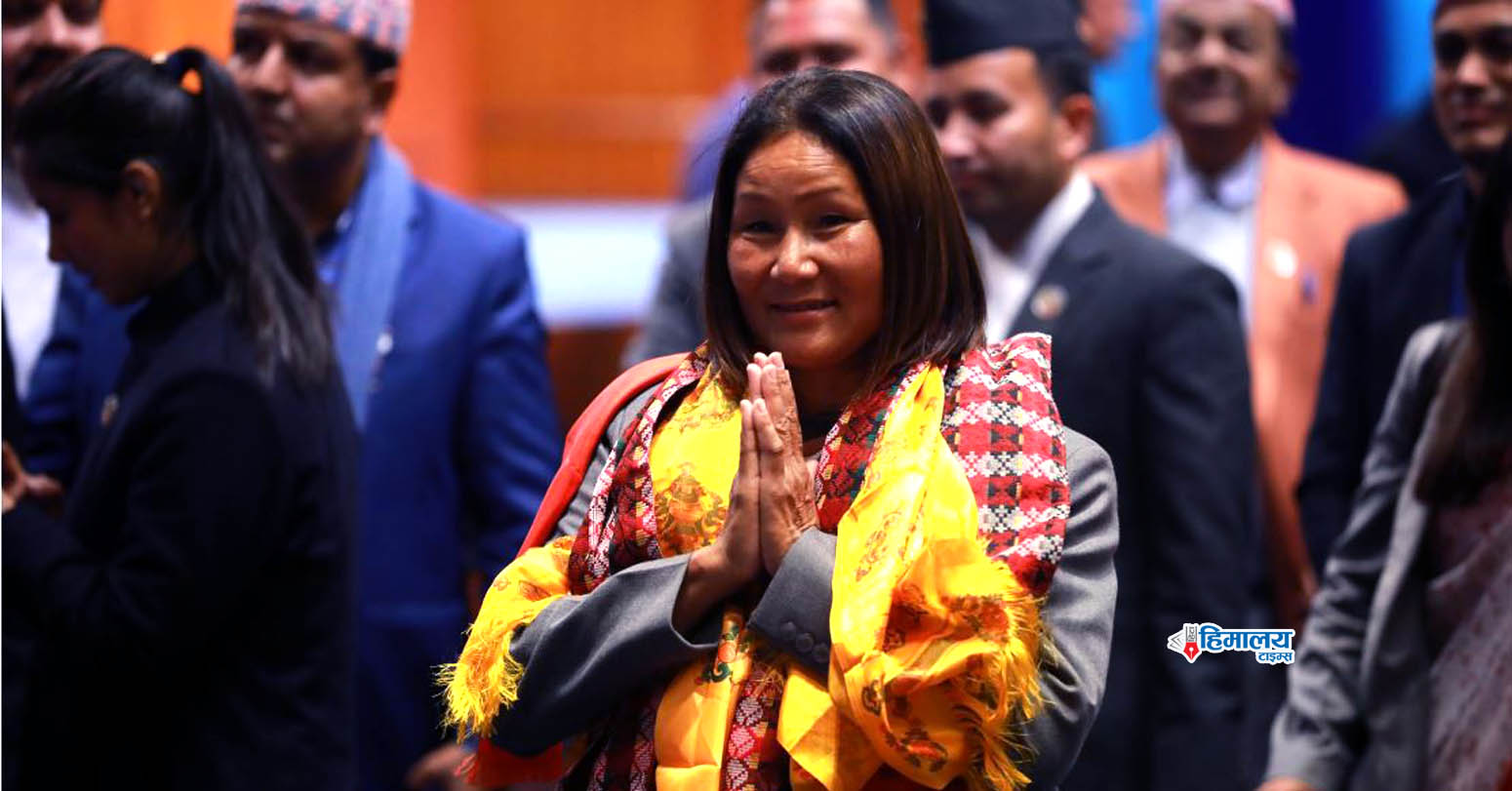 Member of Parliament Indira Rana has been elected the Deputy Speaker of the House of Representatives. She was elected to the post by a majority of votes by the MPs present at the meeting of the lower house today.

The proposal seeking election of Rana to the post of Deputy Speaker received 166 votes. Likewise, 97 votes were cast against the proposal. A total of 264 votes were cast while one MP did not vote. A member of parliament representing the Rastriya Swatantra Party, Rana was a common candidate of the ruling alliance.

Speaker Devraj Ghimire announced the results of the division of votes and declared MP Rana elected to the post of Deputy Speaker as the majority of those present were in favor of the proposal that she be elected as Speaker.

The proposal to elect MP Rana as the Deputy Speaker was proposed by Sobita Gautam of the same party, while it was seconded by Krishna Gopal Shrestha of the UML, Narayani Sharma of the CPN (Maoist Center) and Rajendra Lingden of the Rastriya Prajatantra Party (RPP).

Meanwhile, Mukta Kumari Yadav of Nepali Congress was proposed as a common candidate of the opposition alliance for the post of Deputy Speaker. The proposal was not put for vote and Lama already secured the required majority to be elected the Deputy Speaker. Yadav's proposal was proposed by Congress Joint General Secretary Badri Prasad Pandey and supported by CPN (Unified Socialist) leader Metmani Chaudhary and Loktantrik Samajbadi Party Sarbendranath Shukla.

The House of Representatives will meet again at 1:00 pm coming Tuesday.