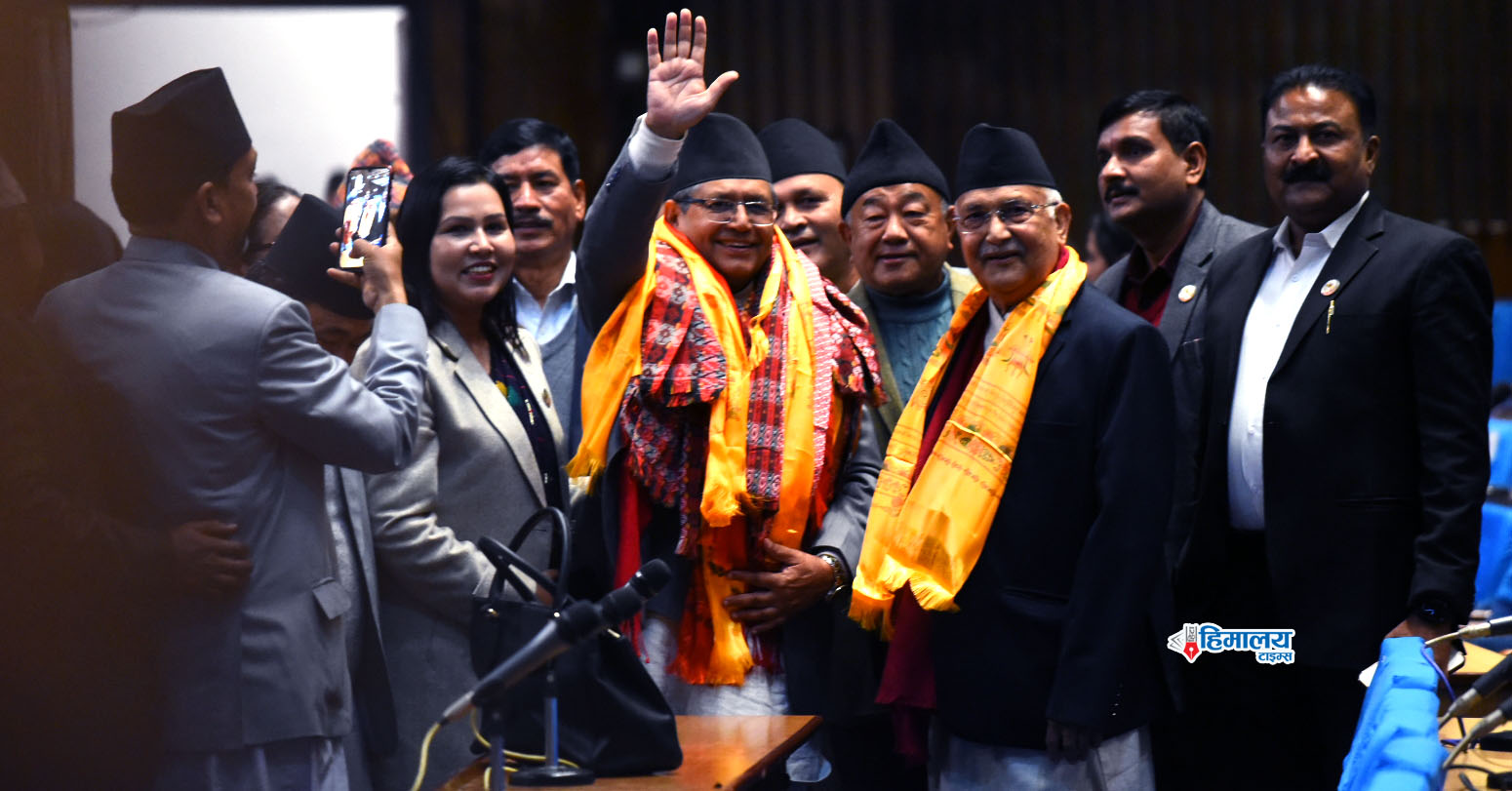 CPN (UML) lawmaker Devraj Ghimire has been elected the Speaker of the House of Representatives. In the voting took place today, 167 votes were cast in favour of his candidacy while 100 votes were against the proposal to elect the common candidate of ruling alliance on the post. A total of 268 members took part in the voting while one lawmaker remained neutral during the voting.

Two candidates: Ghimire and Nepali Congress lawmaker Ishwori Devi Neupane on behalf of the opposition alliance were in the election race.

Born in Taplejung in 2013 BS, Ghimire began his political career as a student leader and was a National Assembly member from 2056 to 2060 BS. He is the HoR elected member from Jhapa-2. The 66-year-old leader is now the

UML standing committee member and the party in-charge for the Province 1.

The Constitution requires the lower house to elect the Speaker within 15 days of the commencement of the first meeting and either Speaker or Deputy Speaker shall be a woman and belong to different parties.