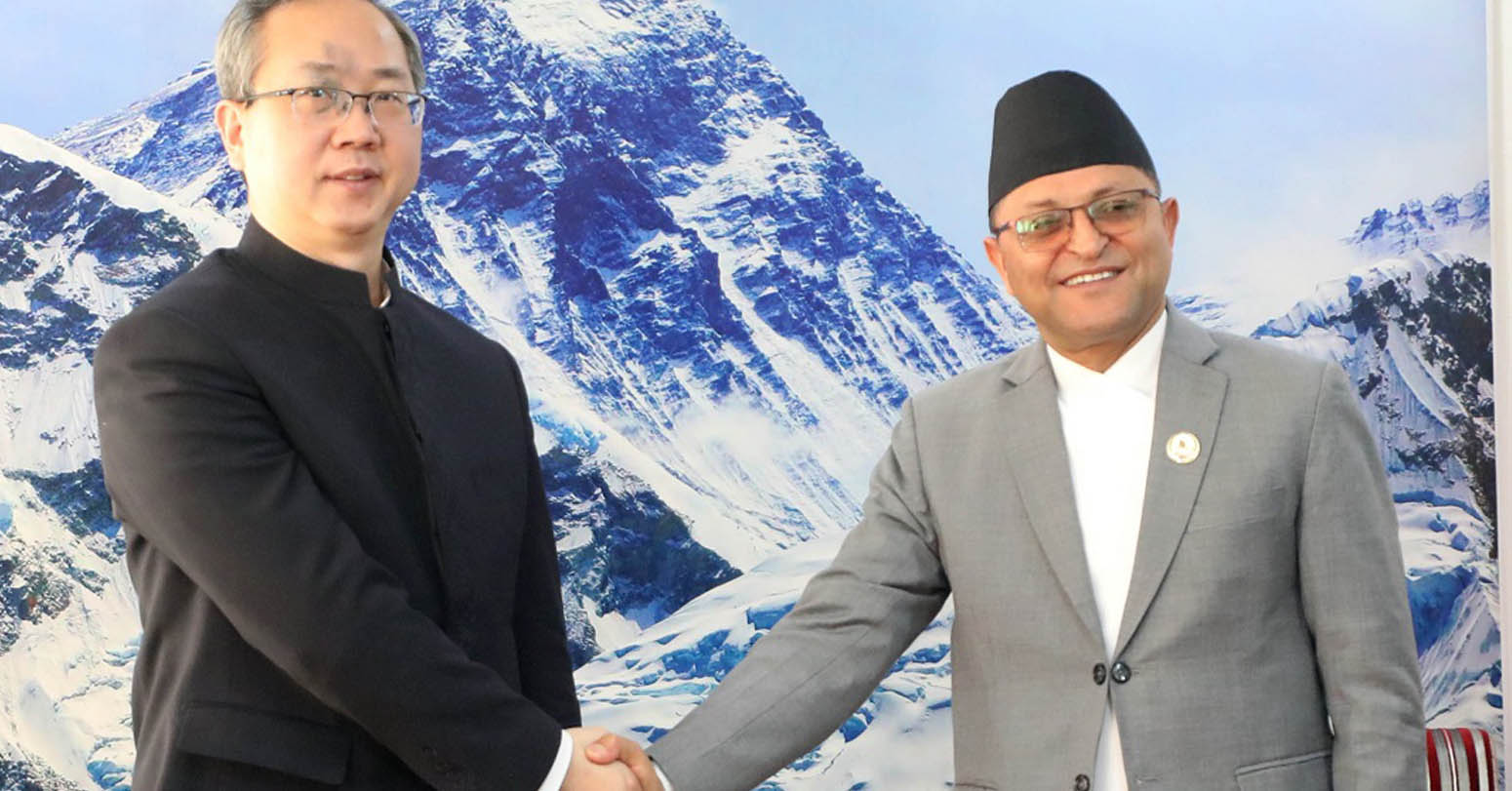 During the meeting held at the latter’s office in Singha Durbar, the NA Chair said Nepal and China had close relations since the establishment of diplomatic ties between the two close neighbours. He said he was happy to see the bilateral relation becoming more consolidated, cordial and constructive lately.

“Both nations have accorded much priority to historic bilateral relations, mutual cooperation and collaboration,” he said, adding, “Nepal is committed to the 'one-China' policy. We are committed not to let happen any activity against China’s deep concern and affairs in our territory.”

Praising China for achieving continuous progress, the NA Chair expressed his belief that agreements reached between the two countries during high-level visits and other occasions including the Belt and Road Initiative and the agreement on transit.

"To balance trade between Nepal and China, there is a need for both the countries to speed up the implementation of the projects underway with the help of the Chinese government, and to prioritise the availability of additional development assistance for reconstructions post COVID-19. For this, I believe your excellency will play an important role."

In response, the Ambassador expressed his happiness over the long cultural, mutual and diplomatic relations between China and Nepal going smoothly irrespective of any political situation.

For further consolidating relations between the two countries, he stressed the need for the exchange of high level political visits, the construction of strategic network and implementing various agreements including the Belt and Road Initiative. He also pledged to play a role from his side for cooperation between the parliaments and the governments of both the countries.