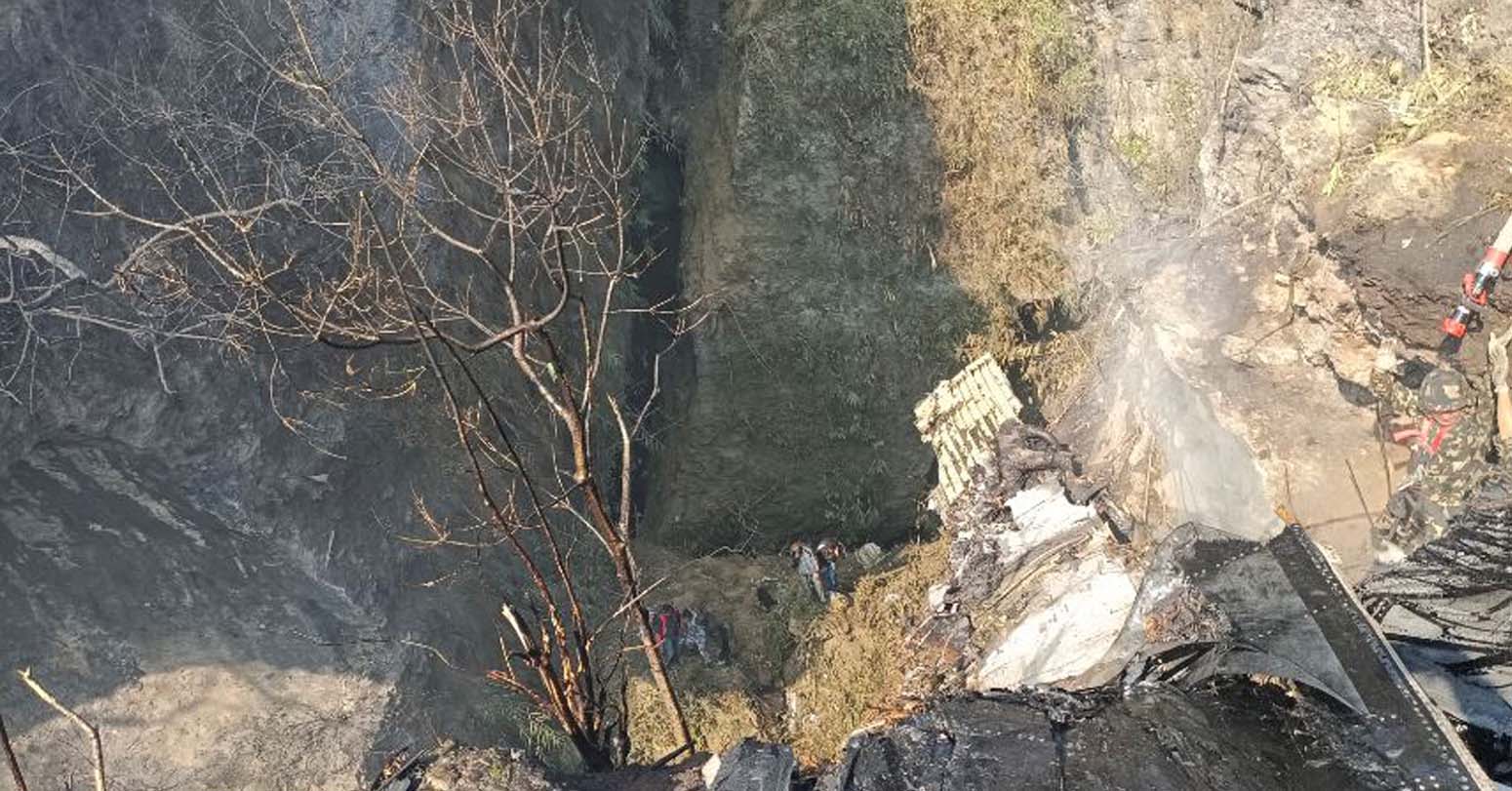 One more body has been recovered from the Yeti Airlines aircraft crash site in the Seti Gorge of Pokhara. Mortal remains of a woman were found some 300 metres below the crash site, Chief of the Kaski District Police Office, DSP Ajaya KC said.

According to him, bodies of 71 deceased in the air crash that took place on last Sunday have been so far recovered. Search for one missing is still underway, KC said.

The mortal remains of a body that were found scattered on Monday was sent to the Kathmandu-based Teaching Hospital for DNA test to confirm whether the parts are of the same person, he shared.

"Some parts of hand, ribs and head were found separately. The number of bodies recovered would reach 72 if the scattered remains were proved to be of two persons. Otherwise, search operation would continue ", he added.