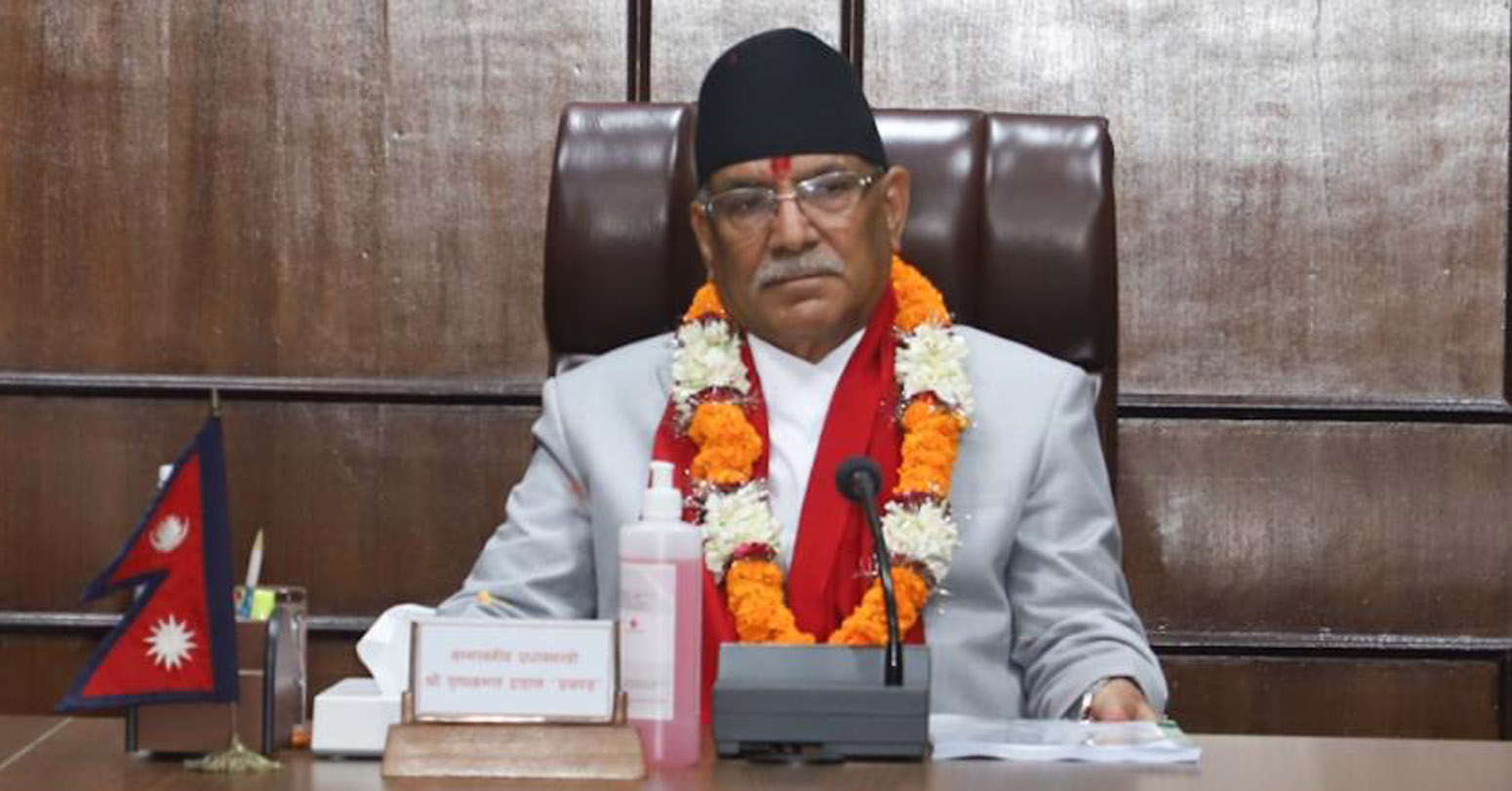 Prime Minister Pushpa Kamal Dahal 'Prachanda' has expressed sorrow over the plane crash in Pokhara today. An ATR-72 plane belonging to Yeti Airlines that had left Kathmandu for Pokhara crashed this morning.

The Prime Minister has instructed the Home Ministry, the security personnel and all the government bodies to swing into action for rescue. The PM's Secretariat has stated that the prime minister has gone to Tribhuvan Airport to take updates on the plane crash.

Prime Minister Dahal has called an emergency meeting of the Cabinet over the crash.