USA, China and India to compete each other in Nepal 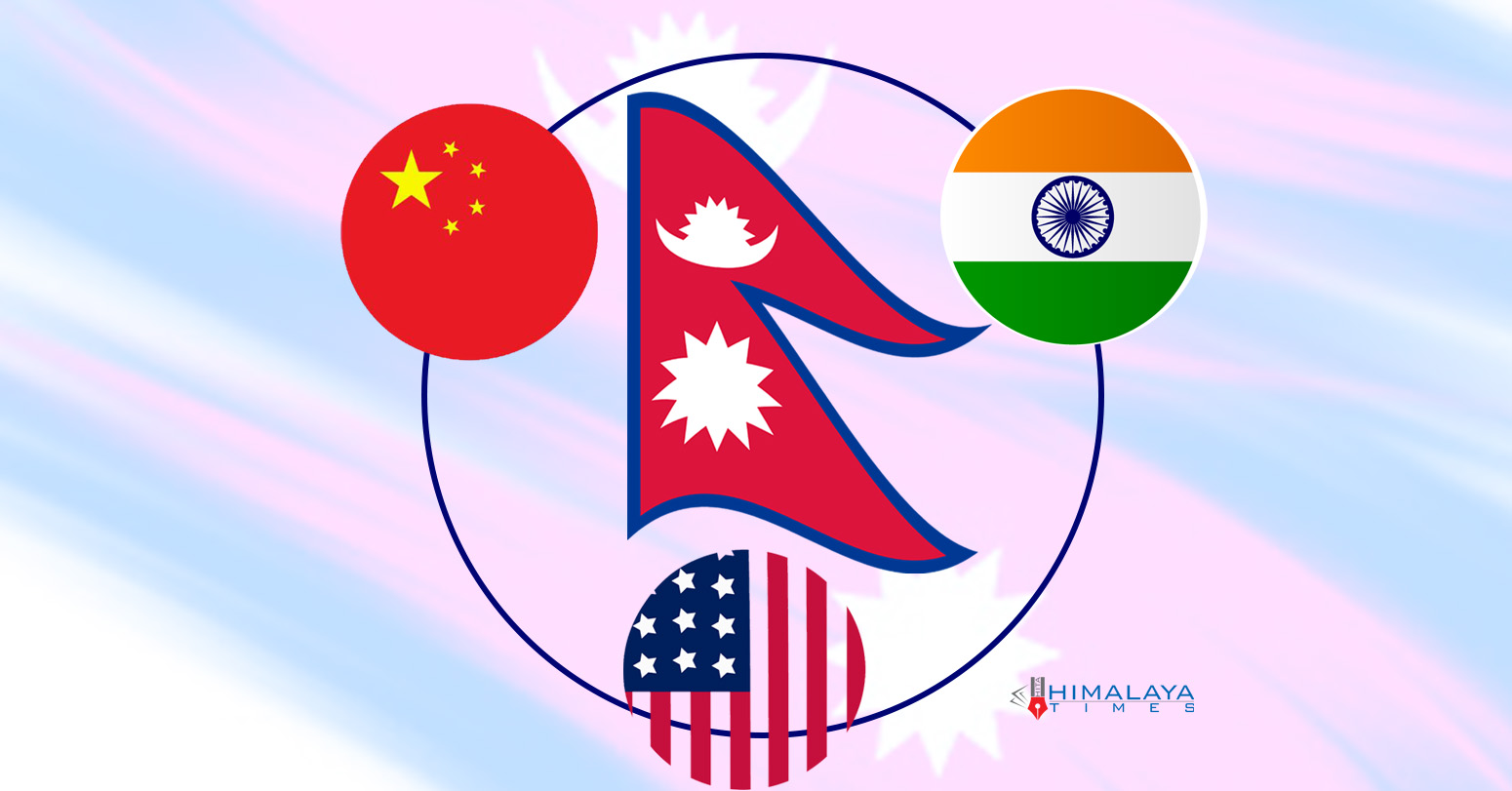 The new Ambassador from China to the Nepali Court, Chen Song landed in Kathmandu on January 08, 2023.

Immediately upon his arrival in Kathmandu, Ambassador designate Chen Song issued a meaning loaded statement wherein he said, among other things, that China will henceforth take care of Nepal’s sovereignty and dignity.

Why the Ambassador from the North said so is a mystery, however, some high placed sources say that China wants now to increase its authority in Nepal so that Nepal’s sovereignty and dignity could be secured from the onslaughts from some known and unknown quarters.

How India and the US will react to the Chinese statement will have to be watched.

Needless to say, the US will also be interested in “reading” in between the lines as to what the Chinese Ambassador meant to say from the envoy's arrival statement January 8, 2023.

Apart from his arrival avowal, the Chinese envoy also said that “I together with my colleagues in the embassy stand ready to work with Nepali friends from all walks of life to ‘unleash’ the full potential of China-Nepal cooperation, and elevate the bilateral relations to a new height”.

A close look at the expressions of the Chinese envoy Chen Song, what becomes more than clear is that henceforth, China wants to “unleash” the full potential of Nepal-China bilateral ties.

What the Chinese envoy means by the use of the word ‘unleash’ is anybody’s guess which is perhaps the envoy wants to double or even treble China’s influence in Nepal henceforth.

If China expands its role in Nepali politics then obviously, both India and China too will enlarge their clout at par with that of China’s.

This does mean that the three great powers, India, China and the USA will contend with each other in Nepal and shall in all likelihood work very hard in having a greater “say” in Nepali politics.

Back to the story:

Ambassador Chen Song’s arrival statement and the expressions made later must have jolted some countries near and far in that the announcement in itself speaks that China will try to amplify its weight in Nepali politics and bring at par with that of India or even exceed, by implication, to what India and the US has in Nepal at the moment.

Yet some others opine that the Chinese envoy may have also hinted to the suddenly increased influence of the US in Nepal after the approval of the Millennium Project, MCC.

China perhaps concludes that if the US MCC is here, then that will surely weaken the Belt and Road Initiative, BRI, in Nepal. Informed sources say that China too has a lobby which is against the entrance of the US through the US project-the MCC.

The US Ambassador also said that “We want to make people realize that these projects should be implemented. We are open and transparent. Any obstruction or protest will not diminish our optimism to implement the project”.

All said and done, Nepal is likely to witness the three great powers, India, China and the US contending each other in Kathmandu.

Politics in, it appears, Nepal will revolve around the three powers, India, China and the USA in the coming days and weeks.

Nepal enjoys cordial relations with all the three countries. That’s all.