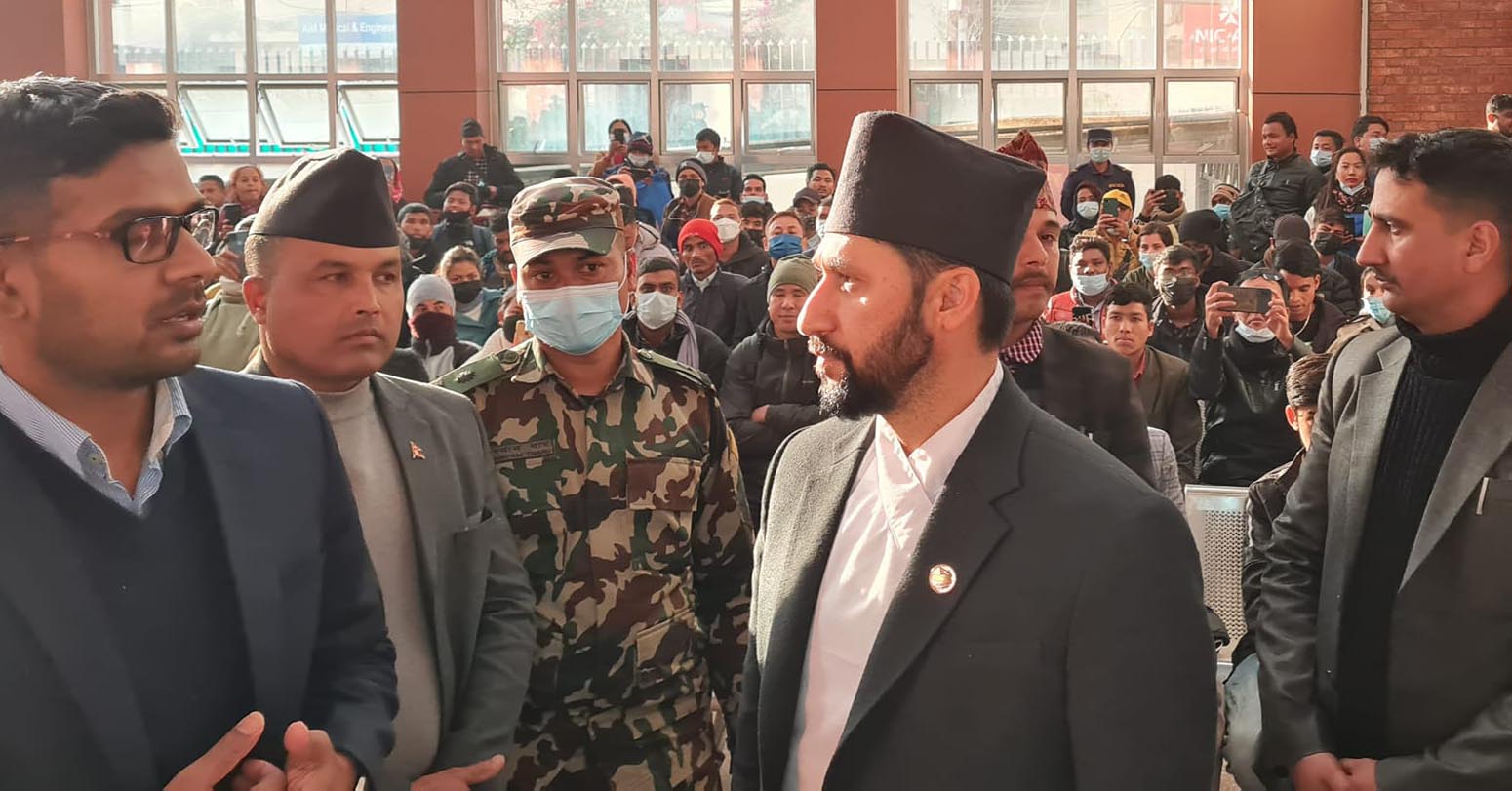 A meeting of the Chief District Officers (CDOs) and district-based security agencies' chiefs from across the country has begun on the virtual presence of Home Minister Rabi Lamichhane.

Representatives from all security agencies in the district security committee are attending the meeting featuring virtual presence of Homer Minister and central security agencies' chiefs, shared Spokesperson of the Home Ministry, Fanindramani Pokharel.

According to him, Home Minister Lamichhane would take stock of situation of security and service delivery and directed the district-based agencies chiefs and CDOs for further improvements.

It may be noted that Home Minister Lamichhane had expressed his commitment to engage efforts for bringing reforms in home administration and implementing rule of the law after assuming his office.

After his direction to advance the investigation into the murder of Nirmala Pant, a five-member committee was formed under the leadership of DSP Durga Singh.

Likewise, the Home Minister had made an on-site monitoring of the Department of Passport and issued necessary directive for service improvement.