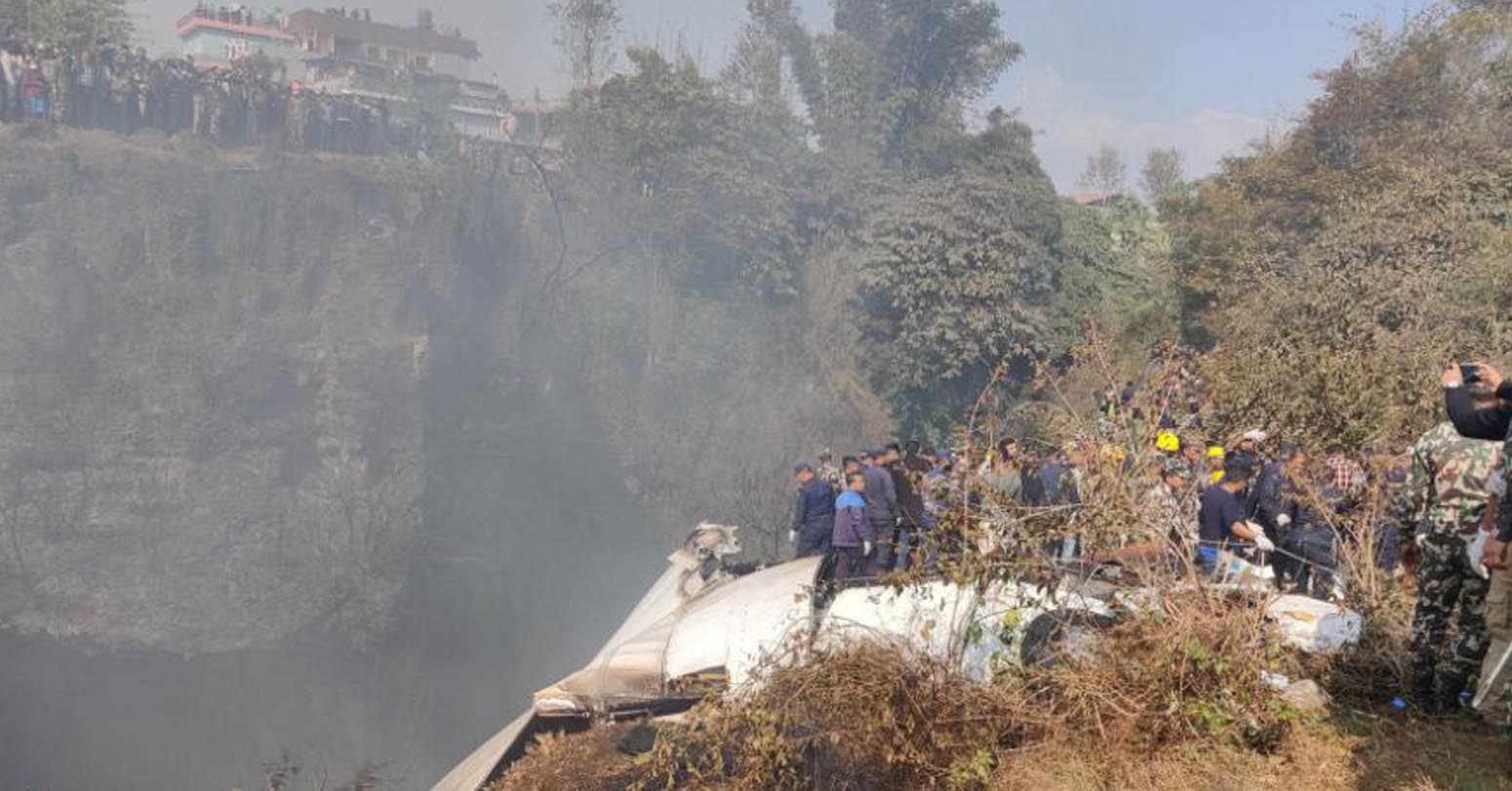 The team reached the Seti River gorge where the plane with call sign 9 N-ANC had fallen deep down and crashed claiming lives of all 72 onboard and inspected the accident site.

The investigating team comprising nine members has been facilitated by officials from the Civil Aviation Authority of Nepal (CAAN), security personnel as well as the locals. The team also reportedly flew a drone camera to screen the accident site.

The plane manufacturing company is said to be taking an interest in studying Nepal's first ATR plane crash.

The government has also formed an investigation committee coordinated by Joint-Secretary at the Ministry of Culture, Tourism and Civil Aviation Buddisagar Lamichhane, which is also looking into the case at present.

Some members of the French team have returned to Kathmandu after the on-site study of the accident while some were still in Pokhara, according to Chief of Pokhara International Airport, Bikram Gautam.