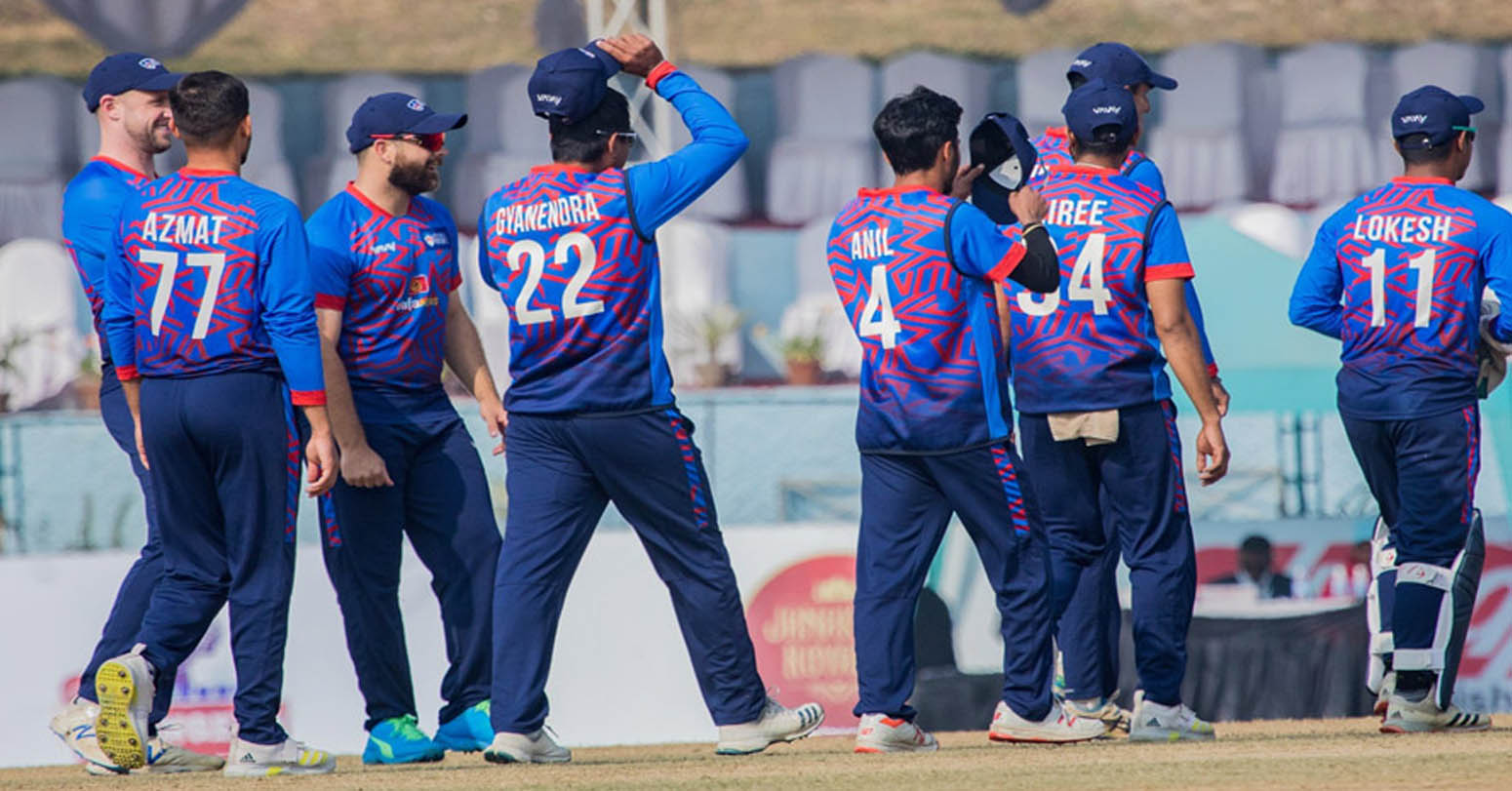 Kathmandu Knights has thumped Janakpur Royals by a wide margin of 90 runs in a match today at Kirtipur-based Tribhuvan University International Cricket Ground under the first edition of the ongoing Nepal T20 Cricket League.

Chasing a target of 181 posted by the winning team, Janakpur Royals was restricted to only 90 in 19.1 overs at the loss of all wickets. For the team, Sharafuddin Ashraf hit highest 33 , Sompal Kami 21, and Khadka Bohara 10. For Kathmandu Knights, Abinash Bohara took four wickets, Azmatullah Omarzai two, and Kamal Singh Airee, Anil Kharel and Bashir Ahmed one each.