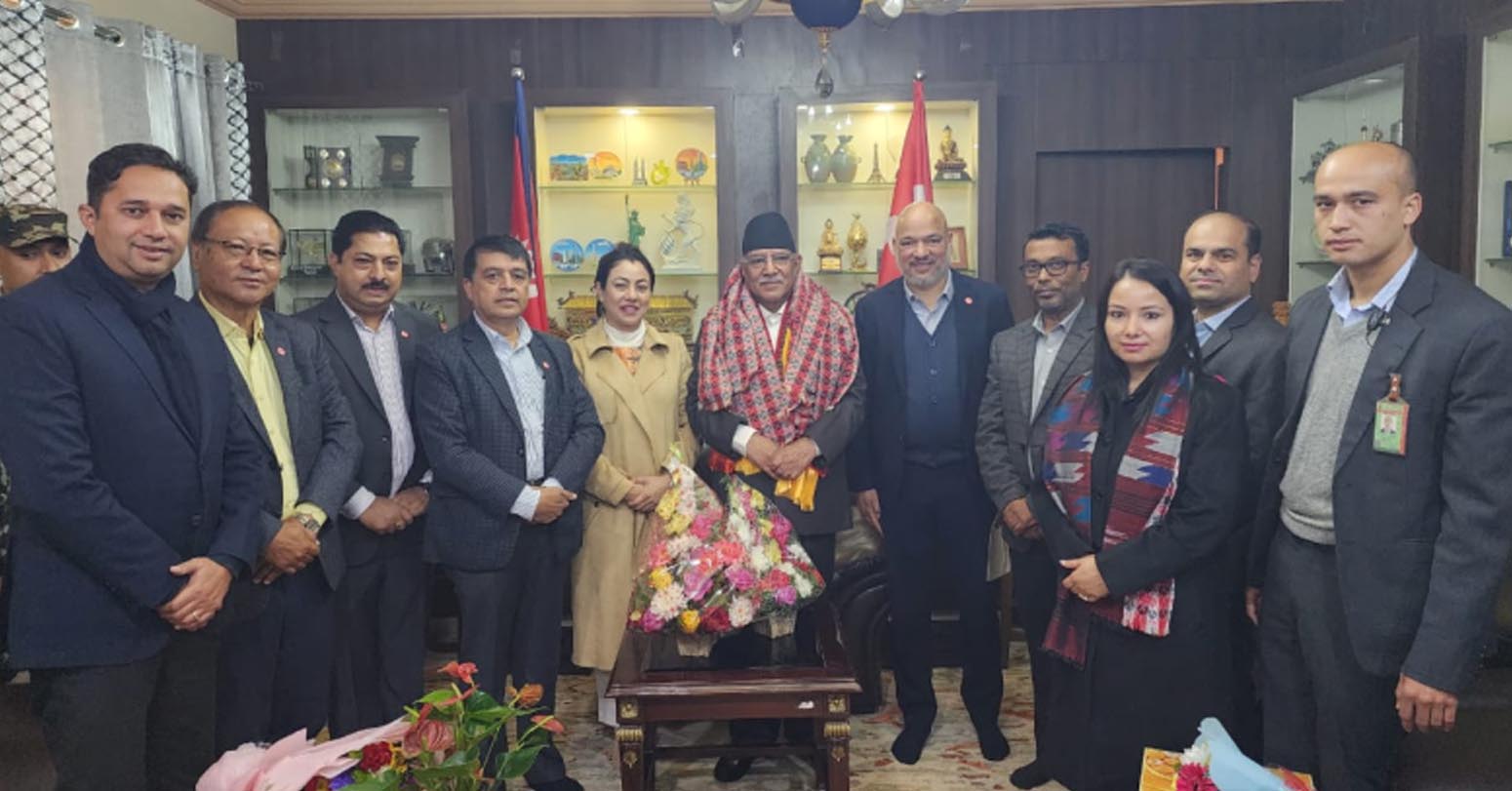 During the meeting, today, the delegation of the office-bearers led by Chairperson Bishnu Kumar Agrawal on the behalf of the private sector congratulated and extended best wishes to Dahal on his election to the post of the Prime Minister.

On the occasion, the delegation suggested that improvement in the country's economy, which is in challenging condition, should be the first priority of the new government.

Prime Minister Pushpa Kamal Dahal 'Prachanda' also assured that the revival of the economy is the first priority of  government.

The CNI presented the concept of 'Rebooting Nepalese Economy' along with the clear steps to be initiated immediately in order to revive the country's economy before the Prime Minister.

It also suggested the measures to be adopted immediately keeping the fiscal sector (liquidity crisis and high-interest rate), industrial promotion, tourism, energy and information technology area as priorities to revive the country's economy.

The Executive Chief asserted that the government's main attention is on improving the economy and the government will collaborate with the Confederation for this. "We have placed the economy in priority from the very first meeting of the Council of Ministers. We will be moving ahead in collaboration with the private sector," the PM said.