Deadline given by the President to form new government ends today 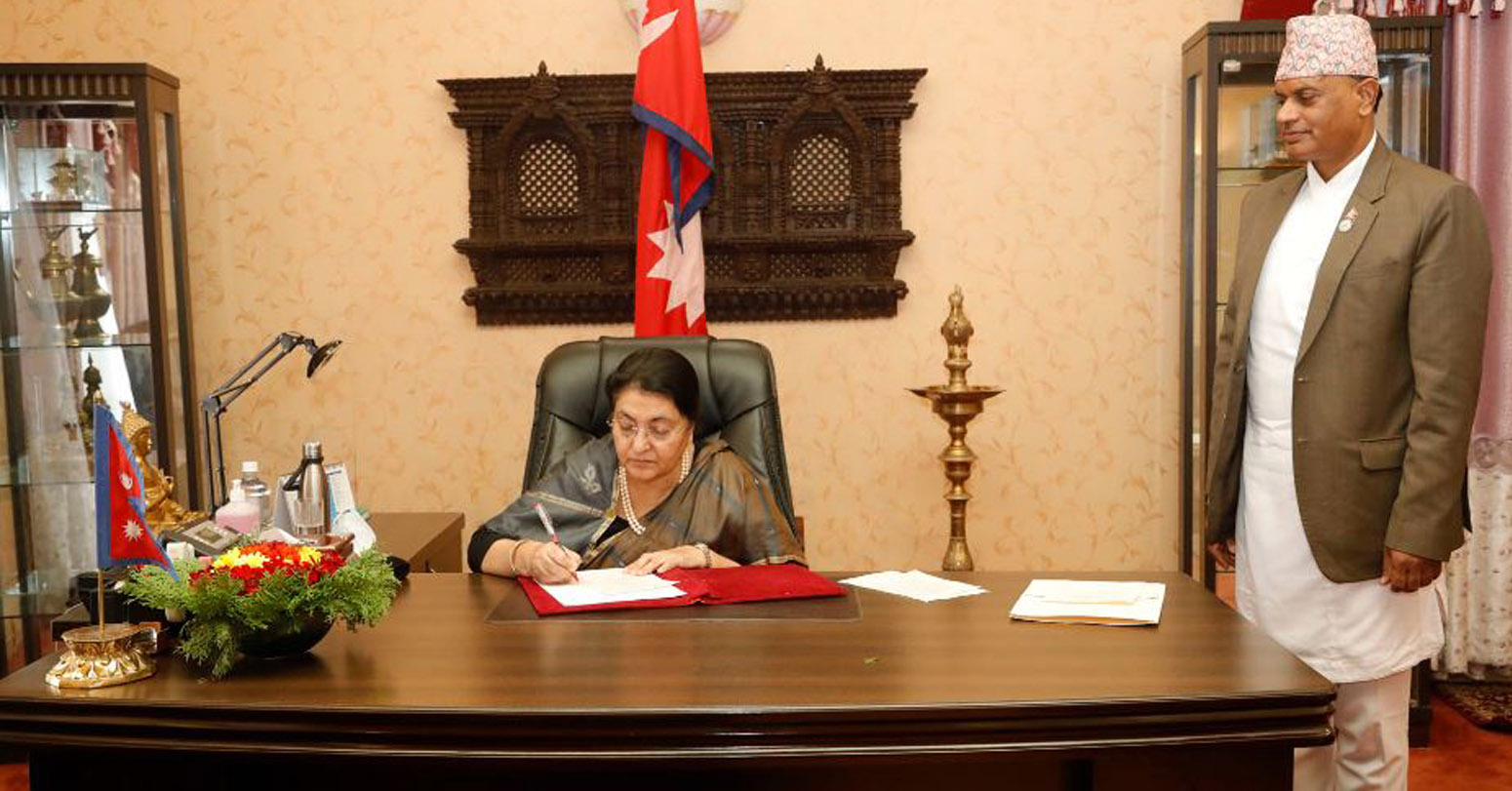 The call made by President Bidya Devi Bhandari to political parties for the formation of the new government, with a deadline of seven days, is ending today.

The President had set a weeklong deadline on December 18 for parties to form the new government, since the formal announcement of the results of the November 20 election to the House of Representatives and the Provincial Assembly.

With a decision to continue the current five-party ruling coalition, the political parties and their leaders are engaged in various efforts to come to an agreement before staking a claim for the leadership of the next government. Accordingly, senior leaders of Nepali Congress, CPN (Maoist Center), CPN (Unified Socialist), Rastriya Janamorcha and other parties are holding one-to-one and joint discussions.

It may be noted that the Nepali Congress has decided to take the initiative to form a new government under its leadership, after it won the most number of seats in the lower house of the parliament. Positive discussions have been held about the formation of the next government at the meeting of the top leaders of the alliance held at the Prime Minister's residence, Baluwatar, and that the meeting will continue today, the Prime Minister's Secretariat said.