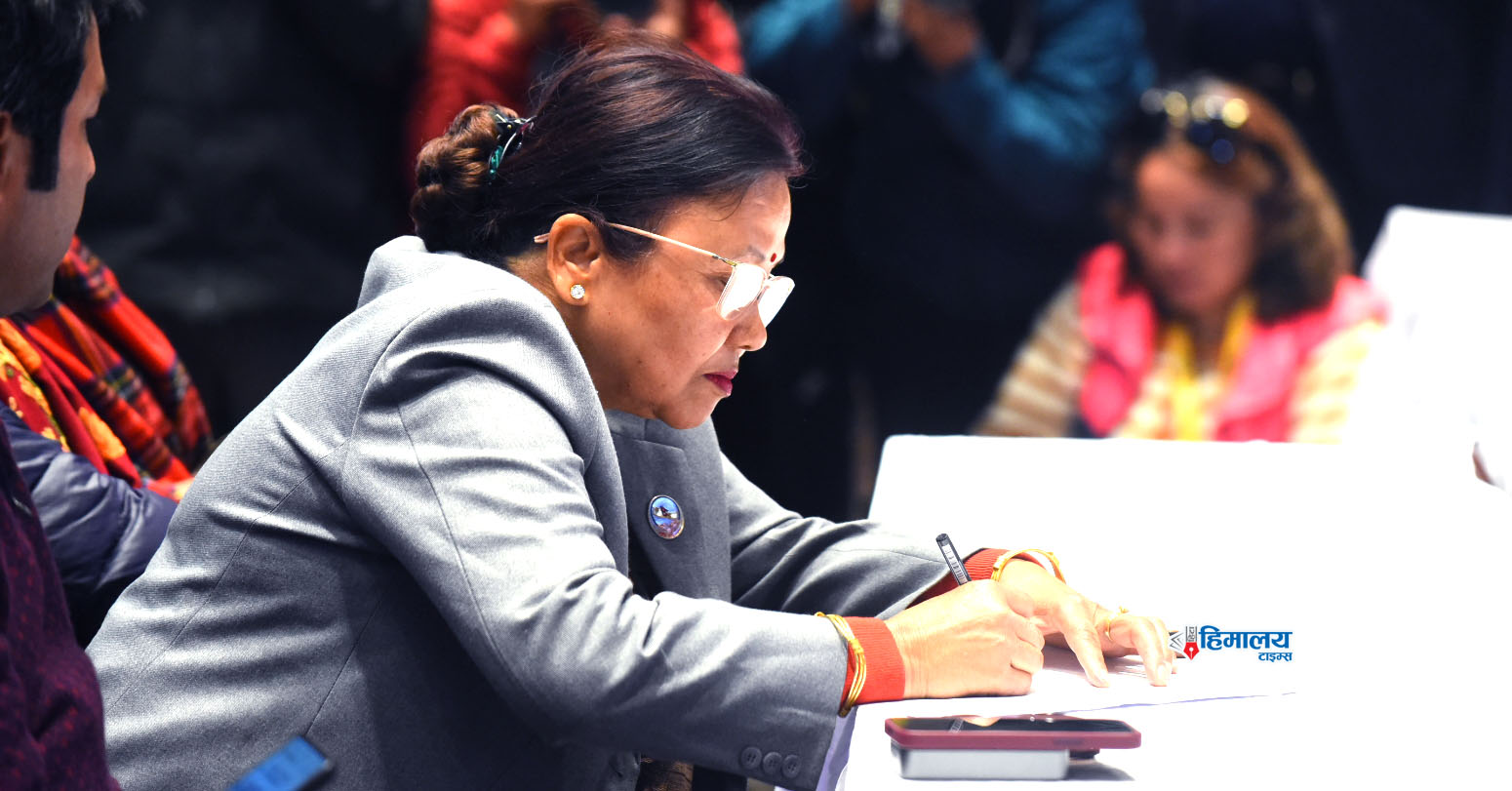 Nepali Congress leader Ishwari Devi Neupane has registered her nomination for the election of the Speaker of the House of Representatives (HoR).

The lawmaker today visited the Office of the Election Officer set up in the Lhotse Hall of the Federal Parliament Building, New Baneshwor to register her candidacy.

Born in Dang in 2016 BS, Neupane is the lower house member from the NC under the Proportional Representation (PR) electoral system.

She is the party central leader since its 12th General Convention and was the member in the Constituent Assembly (CA) in 2008 and 2013. She started her political career from the student movement and is already served as the central Vice Chair of Nepal of Nepal Women Association.

The Speaker’s election will be commencing at 11:00 am on January 19, tomorrow.

Speaker should be elected among the HoR members within 15 days of the first meeting of the federal parliament, according to the constitutional provision.