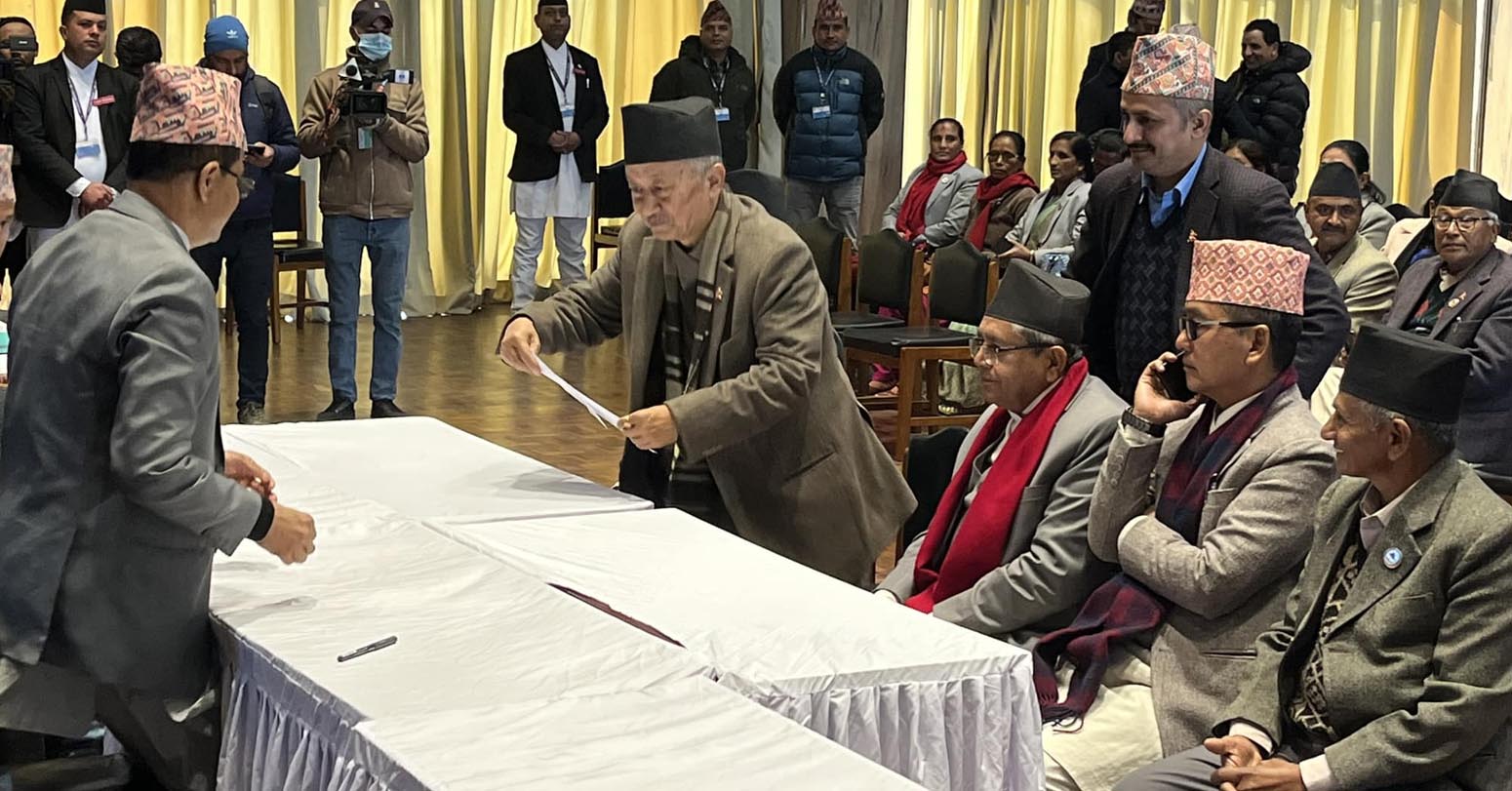 CPN (UML)’s House of Representatives (HoR) member Dev Raj Ghimire has, on behalf of the ruling partners, registered his nomination for the election of the Speaker.

The lawmaker today visited the Office of the Election Officer set up in the Lhotse Hall of the Federal Parliament Building, New Baneshwor to register the nomination.

Born in Taplejung in 2013 BS, Ghimire began his political career as a student leader and was the National Assembly member from 2056 to 2060 BS. He is the HoR elected member from Jhapa-2. The 66-year-old leader is now the Chair of UML’s Health Department and the standing committee member.

The Speaker’s election will be commencing at 11:00 am on January 19, tomorrow.

The Constitution requires the lower house to elect the Speaker within 15 days of the commencement of the first meeting and either Speaker or Deputy Speaker shall be a woman and belong to different parties.