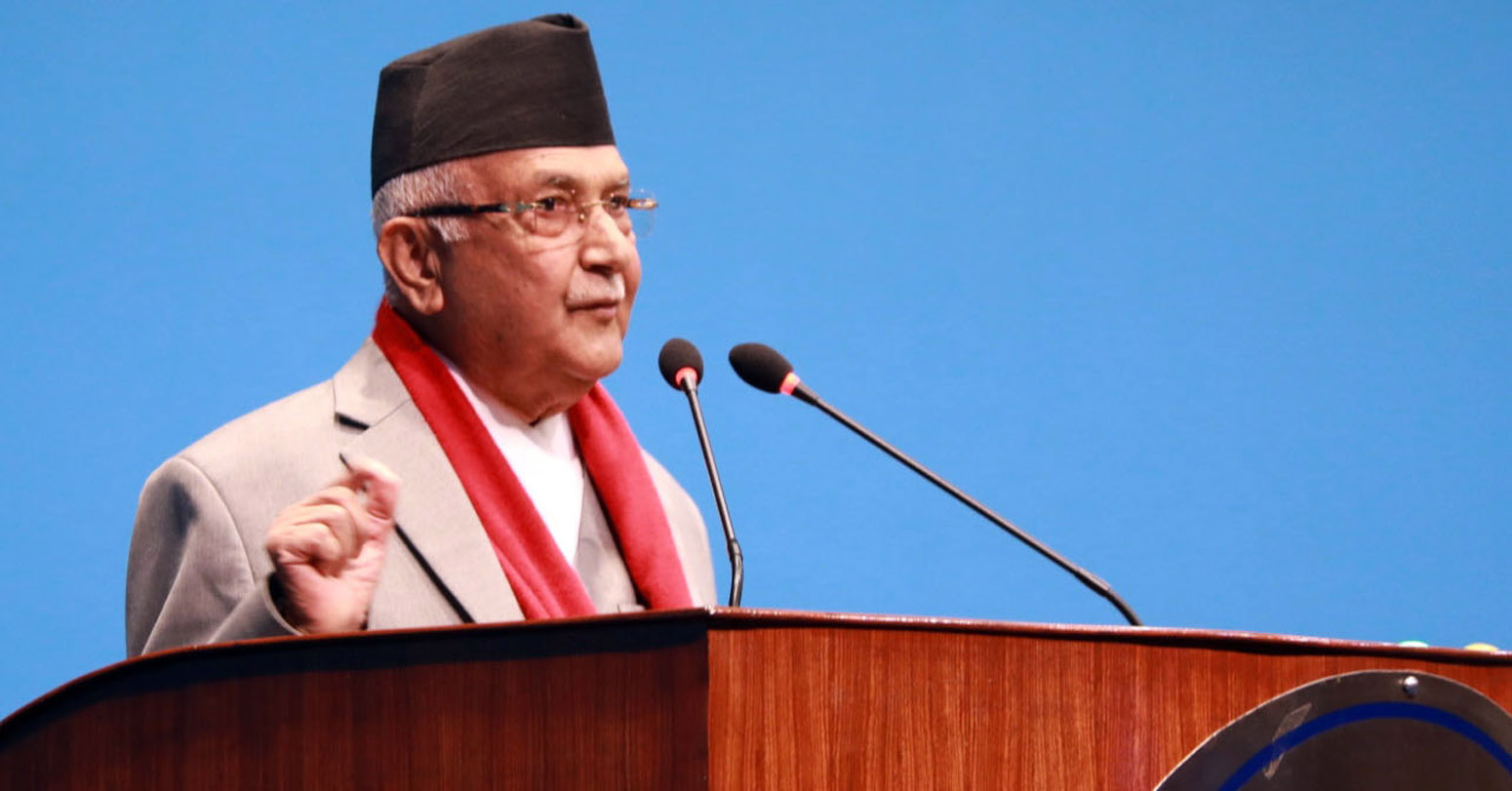 Former Prime Minister and UML President KP Oli has said that the country's economy is in a critical state.

Addressing the meeting of the Federal Parliament, he informed it that the revenue collection is negative and the country's economy is in a critical condition as there is no condition to import due to the decrease in foreign exchange reserves.

Oli added, when the economic situation is serious, representatives should focus on the national interest. Also present government should contribute to protect, promote and strengthen the democracy.

UML President Oli defended the dissolution of the HoR in the past and insisted that receiving fresh mandate cannot be called regression.