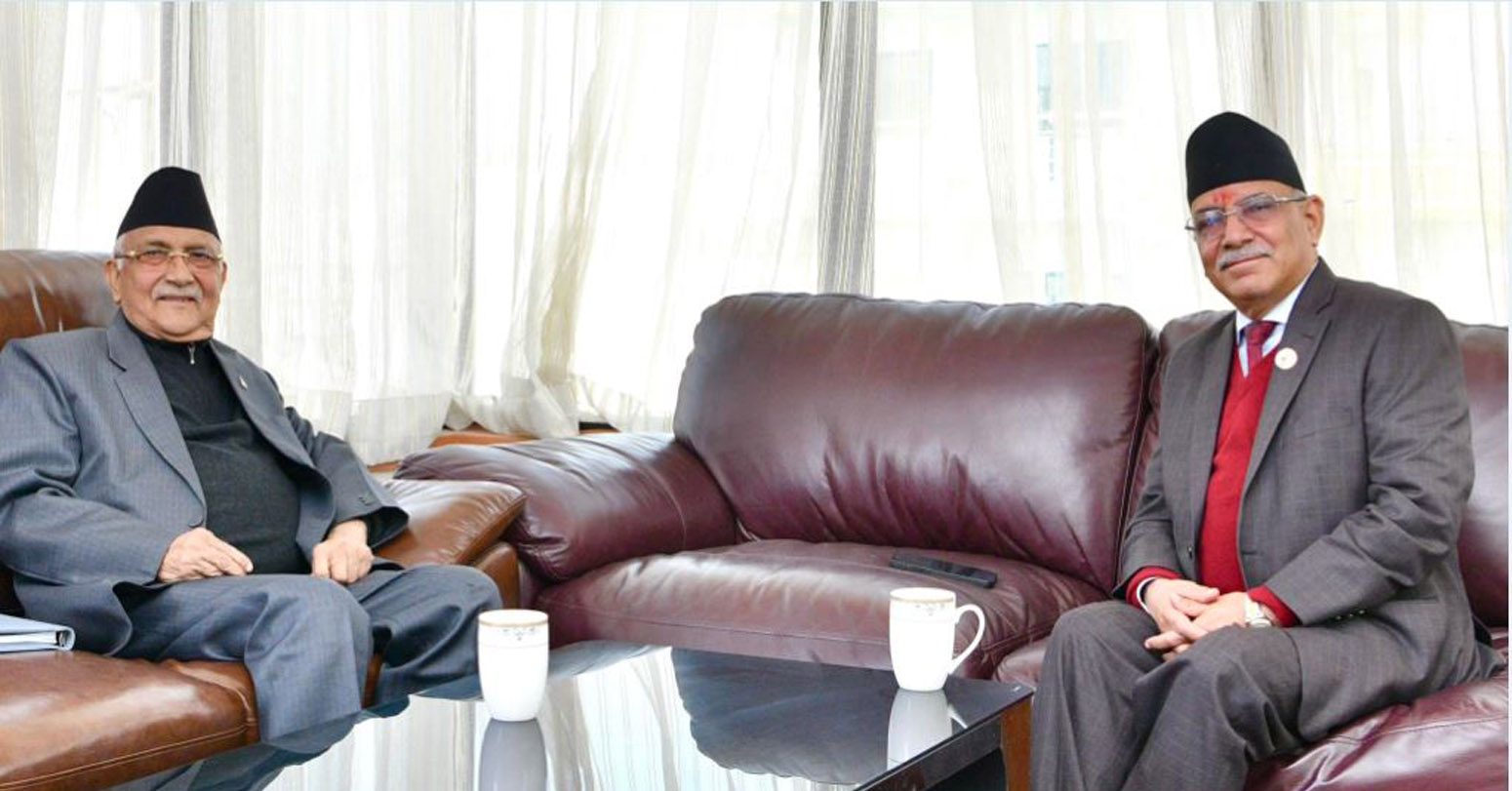 During the meeting held at Dahal’s Khumaltar based residence, matters relating to the operation of the government and expansion of the Council of Ministers were discussed. Leader Oli reached Khumaltar to meet the new Prime Minister.

The next meeting will be attended by the top leaders of the coalition partners, according to PM Dahal's personal aide (PA) Ramesh Malla.

It may be noted that Dahal was appointed the 44th Prime Minister a couple of days ago with the support of seven political parties including the CPN (UML) and some other independent candidates.

He garnered the support of the 169 House of Representatives (HoR) members to claim his majority for the appointment of the Prime Minister in accordance with the Article 76 (2) of the Constitution.