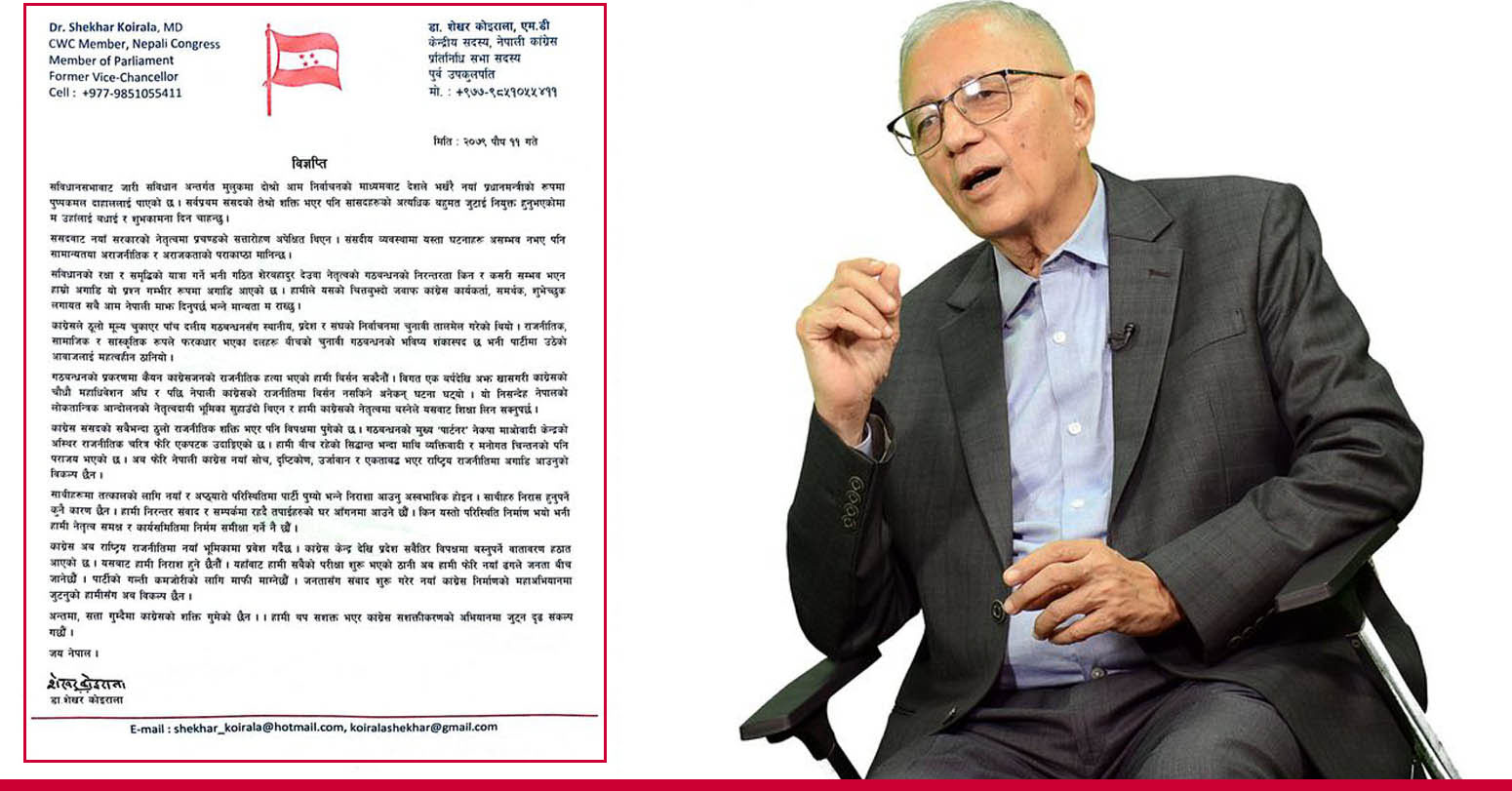 Issuing a press statement on Monday, leader Koirala urged the party leaders, cadres and well wishers not to be disheartened because the party had not lost its strength but only a chance to lead government. "We resolve to the campaign of strengthening party now," he reminded.

Although Pushpa Kamal Dahal's ascendance to power was unexpected, he said, extending congratulations to him for he became new prime minister by garnering majority of lawmakers' support.

According to him, it was non-political behaviour on part of Dahal to lead the government being the third large party in the parliament. "Dahal's ascendance to power from parliament was not expected," he reiterated.

Leader Koirala also viewed serious question was raised why and how the alliance under the leadership of NC President Sher Bahadur Deuba met debacle at a time when the alliance was arguing for protection of constitution and journey to prosperity. "I think we need to furnish logical response to NC cadres, supporters and well wishers in this regard," he underscored.

He also informed that national politics had entered new context.