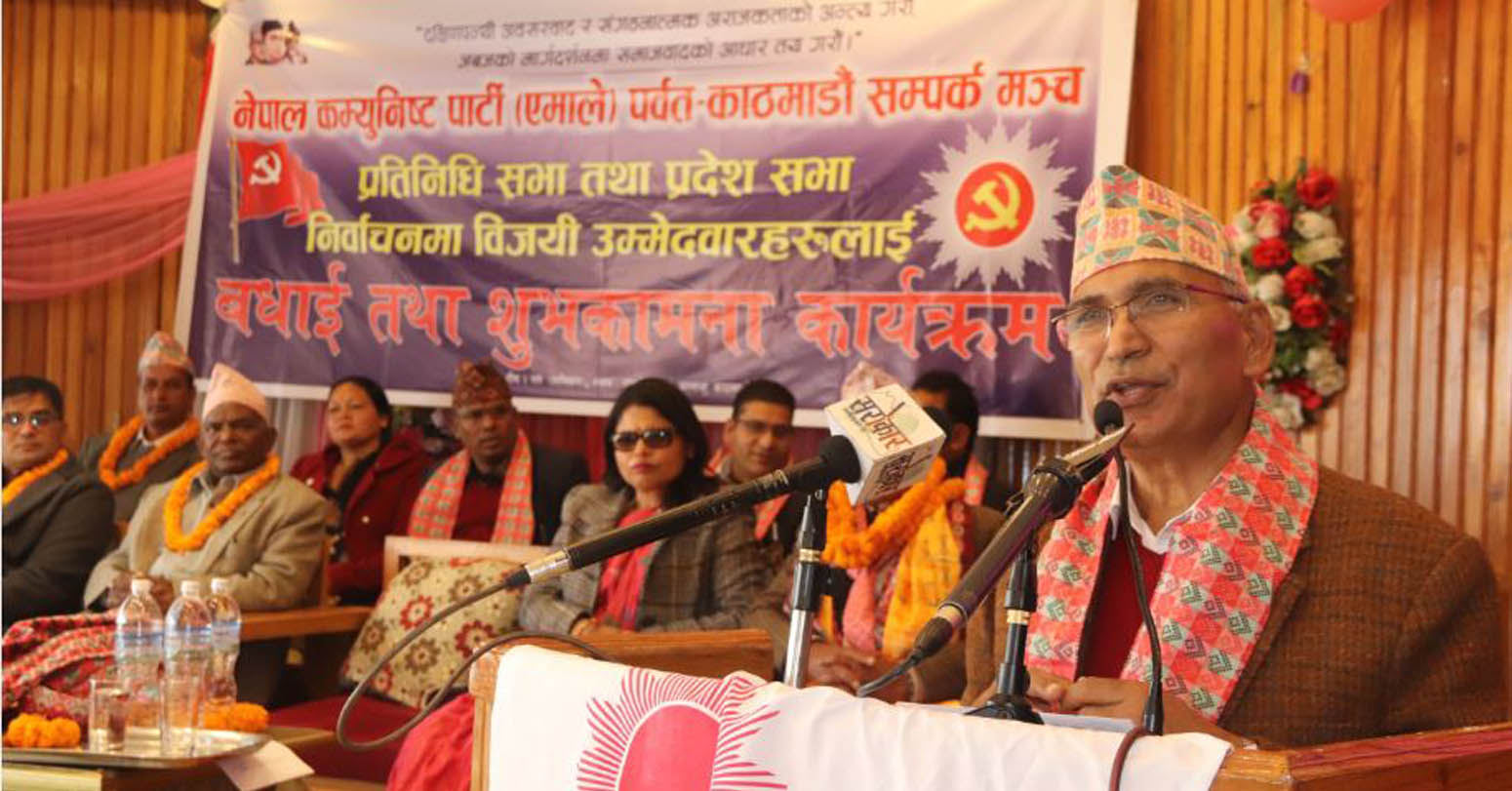 CPN (UML) Vice-Chairman Bishnu Poudel has reiterated that his party will remain in opposition.

At a programme organized here today by CPN (UML) Parbat-Kathmandu Liaison Committee, Poudel said, “CPN (UML) will not join the government rather it will choose to become opponent.”

On the occasion, the UML leader argued that UML received good result in the recent polls despite five-party alliance’s attempt to encircle from multiple sides. Likewise, Poudel has asked the people’s representatives elected from Parbat to work for the cause of people and not to get worried from the election results.

All UML candidates had won the elections to the House of Representatives (HoR) and Province Assembly seats from Parbat district.