Dissolution of Parliament not debatable as of now: PM Dahal 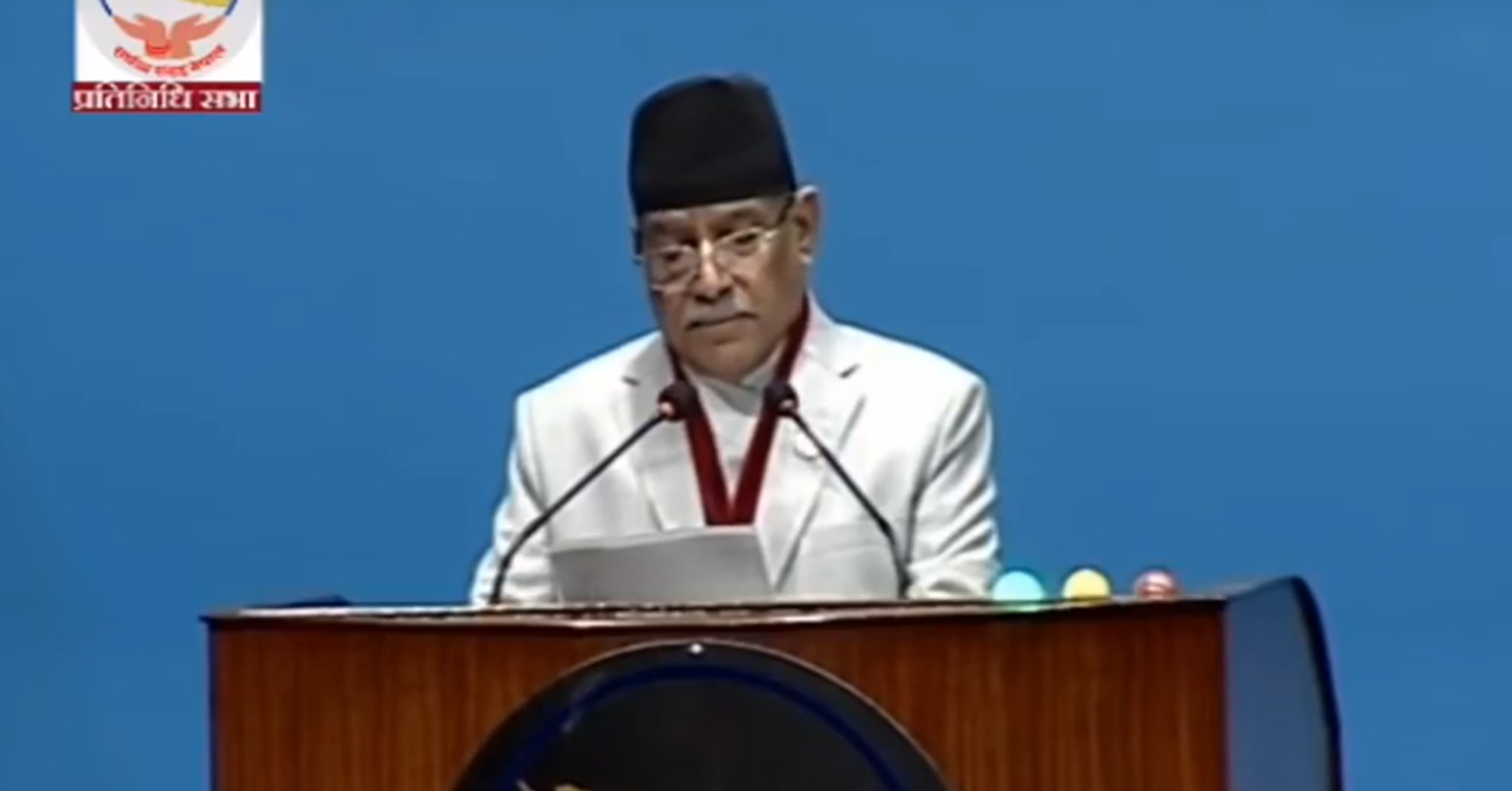 Prime Minister Pushpa Kamal Dahal 'Prachanda' has said he had felt that he has received a great opportunity to implement the commitments made before the people in letter and spirit.

Responding to queries raised by lawmakers in today's meeting of the House of Representatives, Prime Minister Dahal termed the support of both the ruling and opposition parties as an extraordinary situation.

He recalled about making a statement at first meeting of the House of Representatives on Monday that the entire parliament would give him a vote of confidence, adding today's support was great justice for him.

The Prime Minister clarified that he had taken the sentiments of parties and lawmakers who gave vote of confidence in positive manner and expressed determination to take initiatives to resolve common problems facing the country by ruling and opposition parties together.

The Prime Minister laid emphasis that all sides should be committed for the implementation of the Constitution as it is the main law of the state. He further said that it is now not the matter of debate whether it was right to have dissolved the parliament.