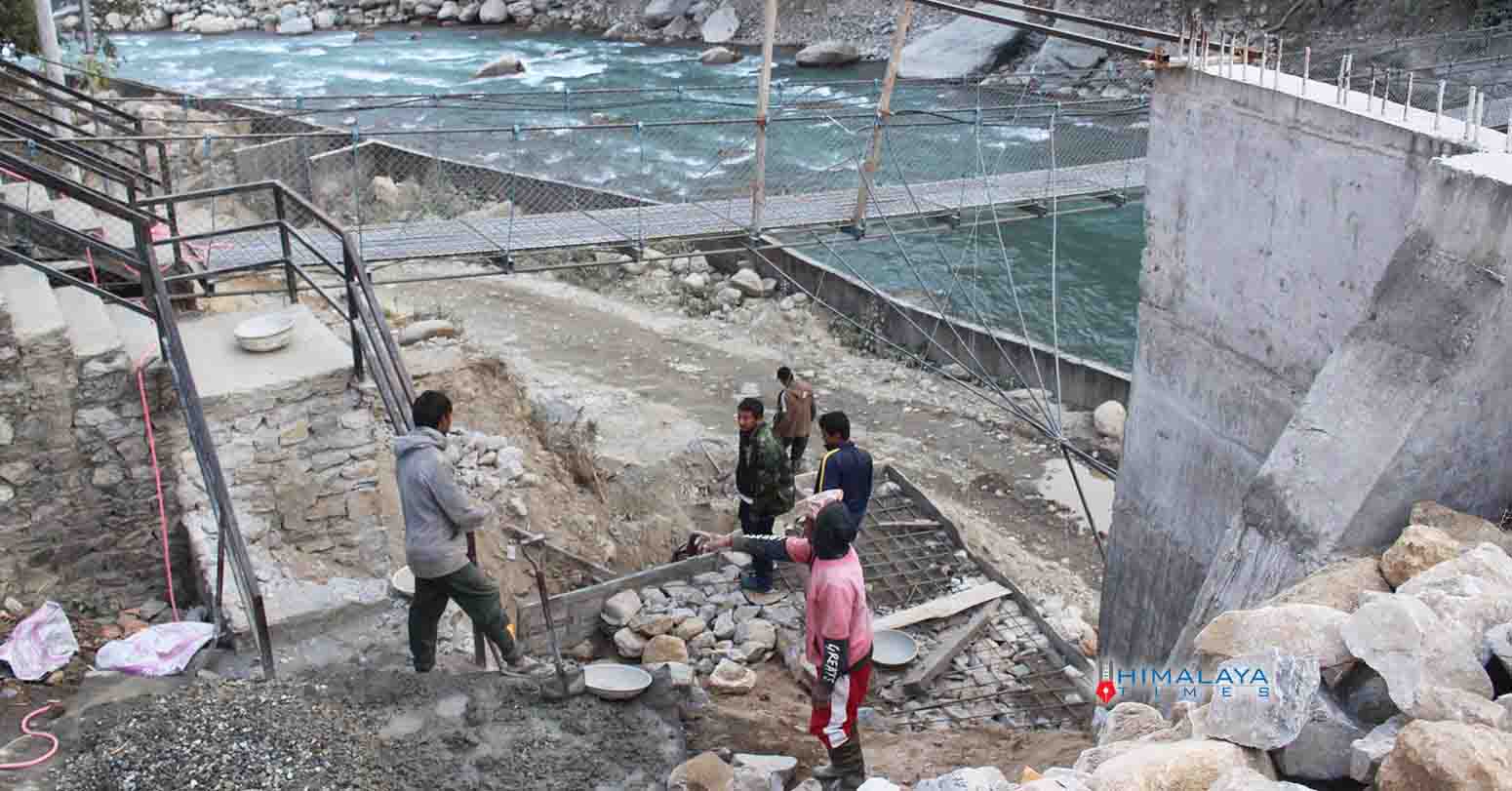 Myagdi's 'Beni mini stadium' has come to a final shape after two years of its construction.

Due to deficit budget for last two fiscal years, a plan to widen and upgrade the open theatre of Beni remained incomplete. Beni municiplaity-7 ward chair Ramesh Kumar Shrestha shared that tasks related to parapet expansion, wall construction and filling are being carried out in the construction site.

"The plan is being executed through the users' committee to complete the construction works in stadium. Beni municipality had allocated a budget for Rs 5 million and Gandaki province Ministry of Youth and Sports set aside Rs 800,000 for completing stadium construction", ward chair Shrestha said.

He further briefed that the ward leadership was focusing to complete unfinished works.

It may be noted that Uttarganga Construction Service had signed a contract amount of over Rs 3.59 million for the construction of a wall and parapet towards the Myagdi River on November last week. The company has started its works immediately after contract signing.

Technician at Beni Municipality, Gopal Magar informed that a pillar-based four-layered parapet is being constructed along the 35-metre long distance.

A detailed project report was prepared in 2074 BS in an estimated cost of Rs 90 million for widening the ground and constructing parapet in the confluence of the Kaligandaki and Myagdi rivers.
The open theatre is the only public space in Beni to practice football, cricket and athletics and organize sports events and public programmes.