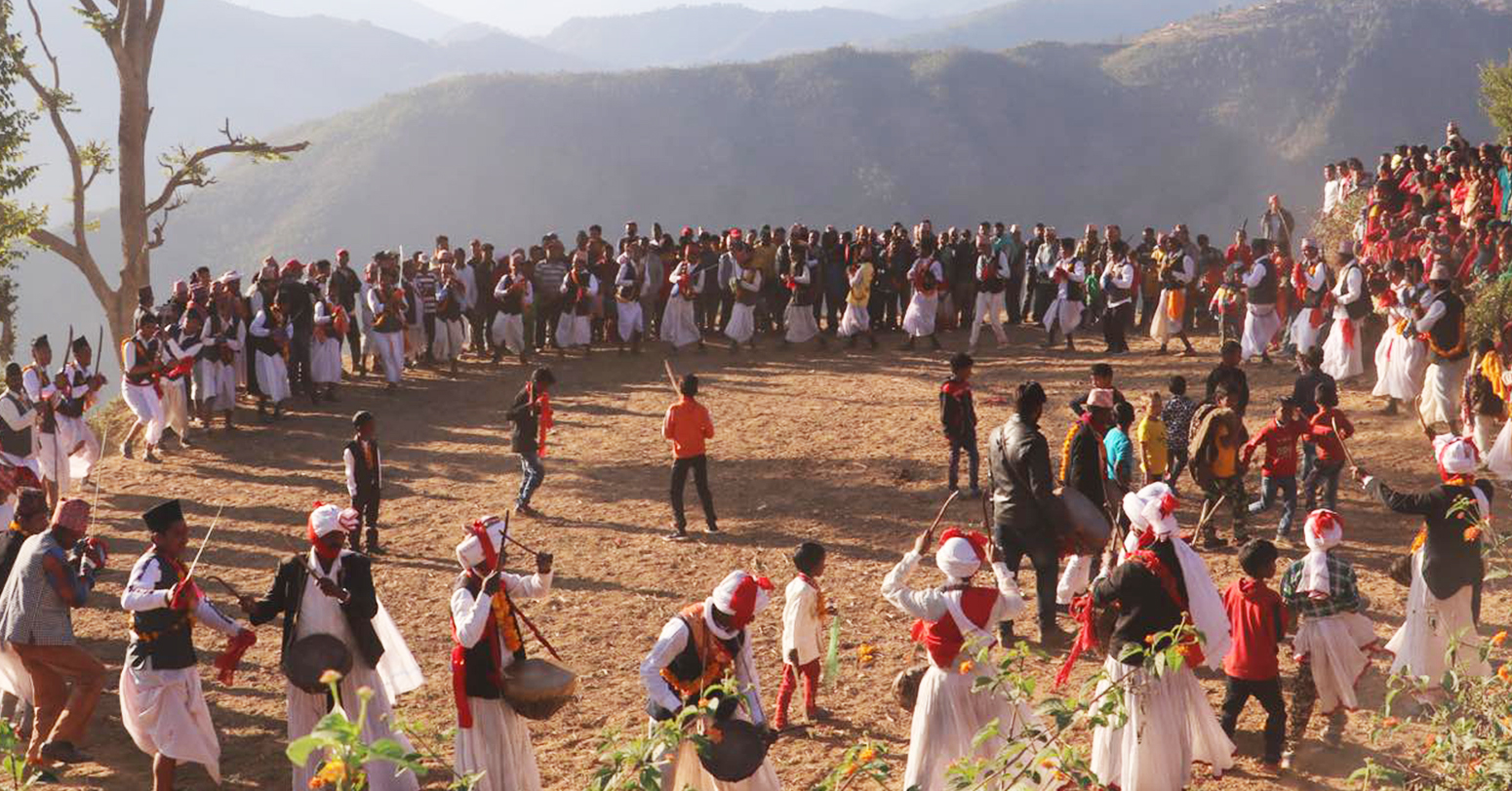 Bhuwa Parva celebration has started in the hilly and mountainous districts including Bajura, Bajhang and Achham districts of Sudur Paschim Province.

The festival is marked a day before the Pushe Aaunshi. The festival that falls on the new moon day in the Nepali month of Poush according to the lunar calendar, celebrates the victory of the Pandavas over the Kauravas in the epic battle at Kurukshetra in the Vedic age.

In the recent years, the festival is also celebrated in the districts of Kailali and Kanchanpur of the Sudur Paschim Province. It is the second largest festival, after Dashain, to be observed with much fanfare in these districts.

People on the occasion play a set of five traditional musical instruments named Bhuwo. Men in particular dance displaying traditional weapons including khukuri and sword in their hands. Likewise, people keep vigil throughout the night and sing songs embodying the sagas of the battle between the Pandavas and the Kauravas.

On the onset of the festival, they also march carrying flaming torches.

According to Madhav Prasad Joshi of Khaptad Chhanna Rural Municipality-5 said that the festival is being observed in the Nepali community since the beginning of Indus valley civilization.

Likewise, Mayor of Jaya Prithvi Municipality Chetraj Bajal said that local governments are in the forefront to promote their identity adding that they have been providing financial assistance for the celebrations of such festivals as well.