PM Dahal identifies the necessity of single centre of communists 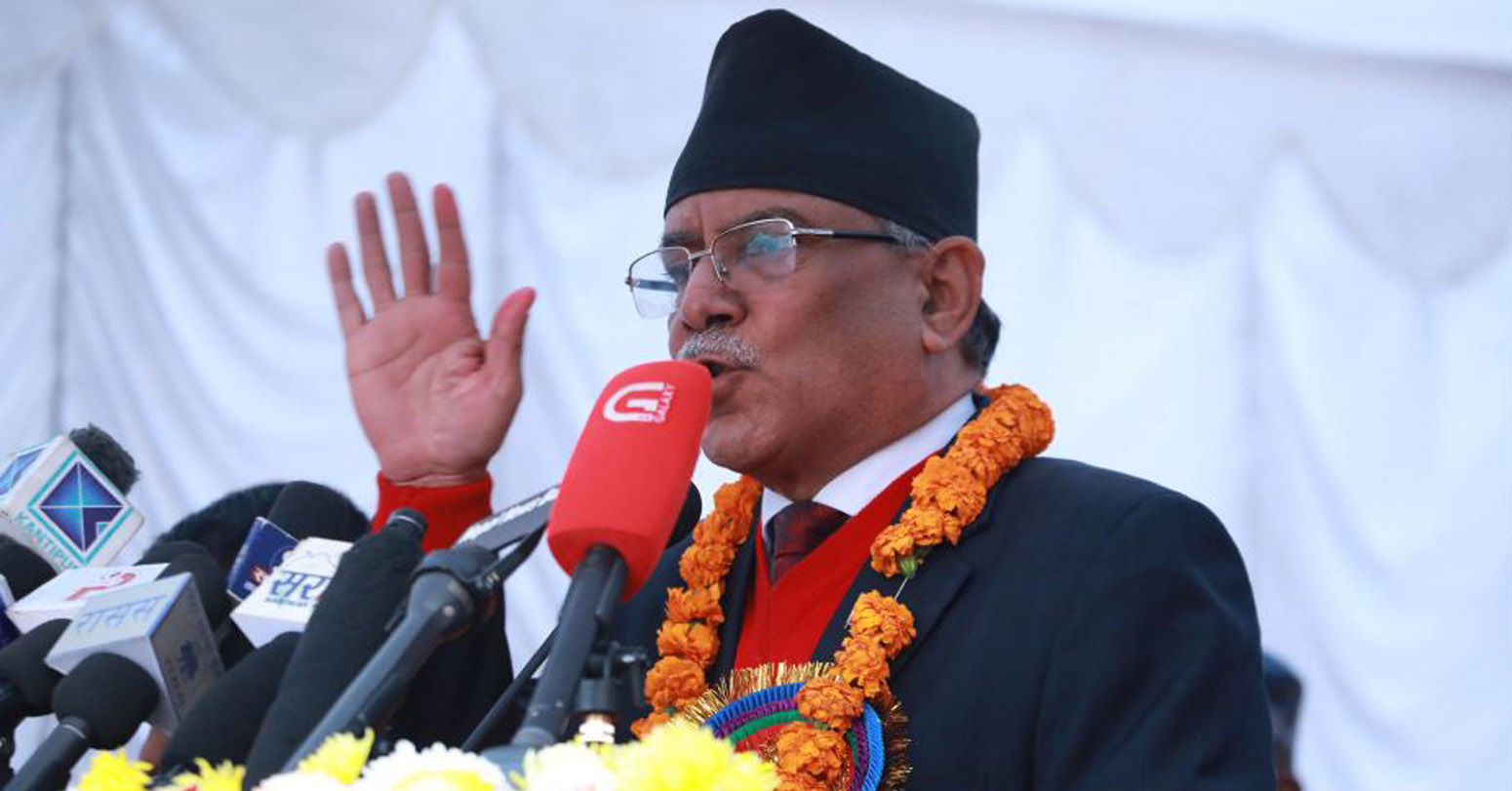 Prime Minister Pushpa Kamal Dahal 'Prachanda' has said it is necessary to constitute a single centre of the communists.

He said so during discussions with a team led by Communist Party of Nepal (Bahumat) – CPN (Bahumat) – at the Office of the Prime Minister and Council of Ministers in Singha Durbar today. The delegation was led by CPN (Bahumat) convenor Dharmendra Bastola.

"The provision of socialism-oriented system of Nepal has not been enshrined in the Constitution with an ordinary meaning. A discourse is also going on regarding the socialist way with Nepali characteristics at present. Discussions have started among all communist parties of Nepal on this topic. I expect constructive role from you," PM Dahal said.