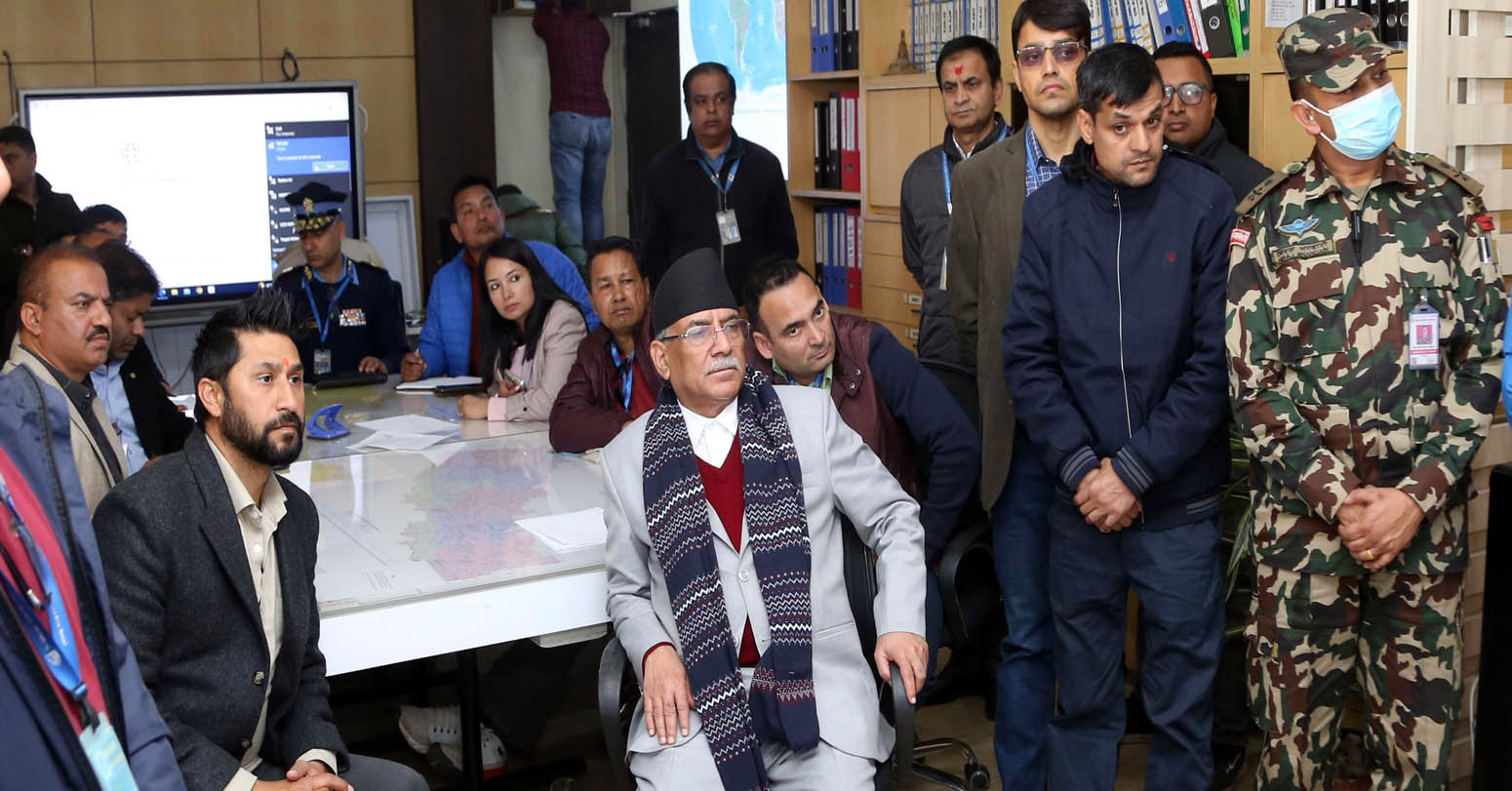 In course of the inspection, the PM had also taken information on the technical and other reasons for the air crash, the PM's Secretariat stated. The employees at the airport had briefed the Prime Minister on the incident.

PM Dahal has instructed all bodies of the government to swing into rescue operation in an effective way.

The Prime Minister has called an emergency meeting of the Council of Ministers for 1.30 pm today, the PM Secretariat said. High government officials including Home Minister Rabi Lamichhane accompanied the PM during the inspection.